A man has come in and grabbed Whitney as she gets ready to head off to class. He takes her to the kitchen, leans her over the counter and tied her hands behind her back with rope. He then puts her up on the counter to tie her ankles. Because she will not shut up, the man stuffs her mouth with a pair of mom’s panties and tapes her mouth to gag her. The man continues to tie Whitney up with more and more rope until he has her all trussed up painfully tight. Later, he hogties her on the kitchen floor. Then as an added insult, he lifts her skirt and ties a piece of rope very tight up her crotch. After the man leaves, Whitney struggles bound and gagged for hours until she tires herself out. She is startled by the sound of someone coming in the front door. It is her step father who finds her tied up like this. 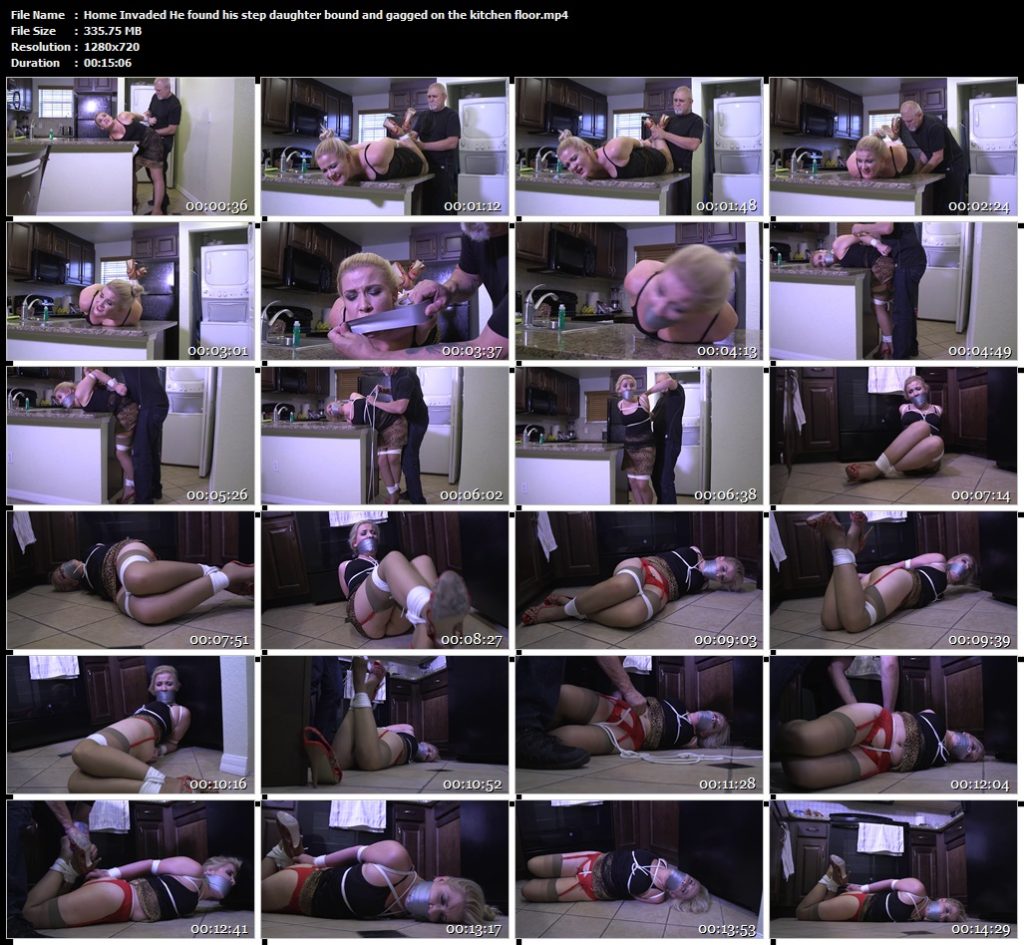