Chrissy Marie is a government employee being held captive by two bad guys using her security clearance to steal some top secret information needed to complete their grand scheme. After they force her to give them access to the system using her thumbprint, one of guys brings her back to keep her secure until he gets the call that the mission was successful. He decides he wants to have some extra fun with Chrissy while he is at it so he forces her to strip down to nothing but her pantyhose before he starts to tightly tying her up with lots of rope. She is left struggling hogtied and cleave gagged on the sofa, helpless and embarrassed as she is stuck here fully exposed as he watches, not even wearing any panties under her nylons. Later he gets the call that the heist is complete, but before he leaves her here the man first suggests his partner head over to check out the view he has been enjoying this whole time! Chrissy mmmpphhss angrily through her gag but in the end there is nothing she can do about it and she just struggles all tightly bound and gagged in her pantyhose. 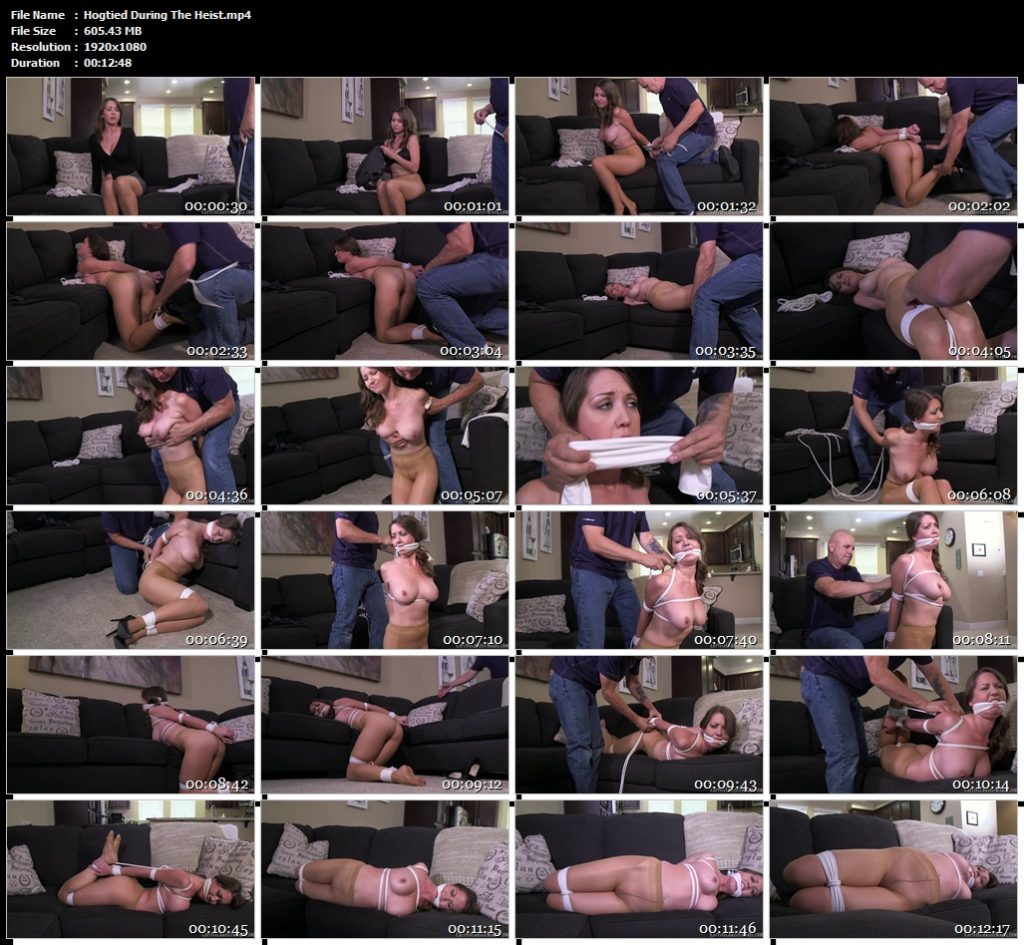