Chrissy shows up late to work and apologies to her boss for being so late. As she telling him her excuse he notices some marks on her arms and legs. He asks her about it and she tries to tell him it’s nothing and change the subject. But he knows exactly what those marks are from. He asks her if she has been tied up recently. After realizing she’s been caught she confesses that sometimes she plays a game with her roommate that involves getting tied up. She couldn’t make it to work on time because her roommate had her bound and gagged and she wouldn’t let her go! The boss asks her if she enjoys being tied up by her roommate, and she tells him that she does but she would really prefer to be tied up by a man. Before she knows it her boss has her tightly tied up with her mouth stuffed and a whole lot of duct tape wrapped around her mouth and head! She enjoys struggling in the strict bondage, secretly hoping her boss pulls her pantyhose down and takes advantage of her while she is so helplessly restrained! Unfortunately for her things don’t go as planned! He ends up crotch roping and hogtying her then leaves her there to struggle while inescapably bound and gagged! 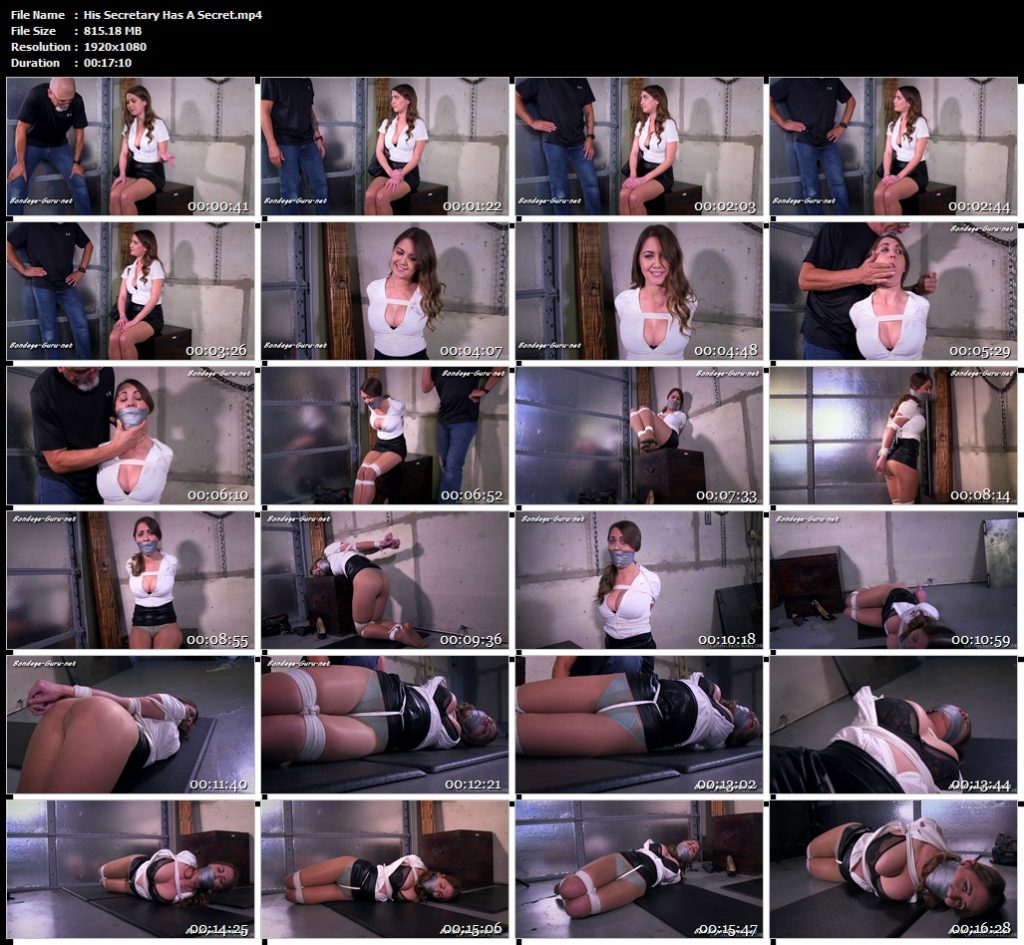