He was on the phone talking to his girl friend “on the side”. The subject of bondage comes up and he tells his girl friend that tying her up is going to have wait. This is because his Step Daughter, Whitney is staying with him. Not knowing that Whitney is standing behind him, the conversation continues. The subject of his step daughter is also still being discussed and the man, not knowing Whitney can hear everything he is saying, tells the girl friend that he would like to tie his step daughter up. This perks Whitney’s interest because she has always had a thing for step daddy and also for kinky things., So when the man hangs up, Whitney returns with rope and tells him that she heard a rumor that he wanted to tie her up. When the man confirms this, she tells him that he can tie her up under one condition. If I get loose, I get to tie you up!” she tells him. The man knows if her ties her up, she will be getting loose and agrees to the deal. Th next thing she knows, her step dad has her tightly tied and she too knows, that she is not getting loose. Knowing this, she starts to complain This only gets her gagged, also very tightly. The man sits and watches Whitney struggle bound and gagged. After taunting her a little, he hogties her and pulls her boobs out of her top. Whitney struggles on the floor. She has been tied up before, but never like this. She knows eventually things are going become embarrassing for her. This is because that crotch rope tied up between her legs is eventually going to works it’s magic and step dad is going to realize just how much of a rope slut his wife’s daughter is. 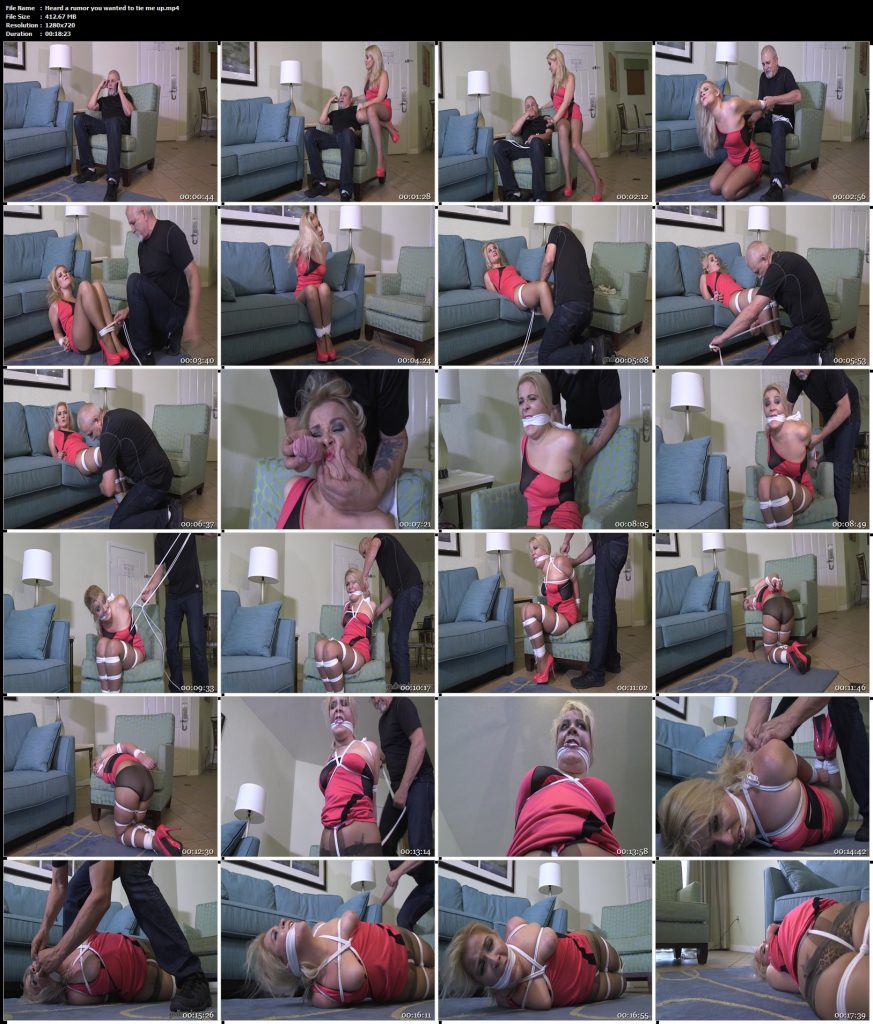