Sahrye has left the mall and is walking to her car. She gets in, starts the engine and prepares to drive away. All of a sudden a hand is over her mouth and she is pulled into the back seat. Sahrye tries to scream and fight, but a plastic zip tie is around her wrists and tightened. The man who grabbed her then stuffs her mouth and ties a rag between her teeth to gag Sahrye. The man fastens Sahrye’s bound hands to the head rest and seat belts her in. Sahrye struggles hard as the man drives away. Sahrye can see people in other car driving on the same road and she tries her best to get their attention. But she is well gagged and there is no way anyone can see from outside through her tinted window. Later the man has stopped and re-zip tied Sahrye in the cargo area of her car. Sometime later, the man gets to his place. He takes Sahrye out of the car and then into a bed room. After stripping her down to her bra and girdle, he ties her spread eagle on a bed. Knowing there is probably one main reason she is bound and gagged with her legs spread, Sahrye struggles wildly on the bed. But it is no use and a short time later the man returns with a pair of scissors so he can cut off her panties. 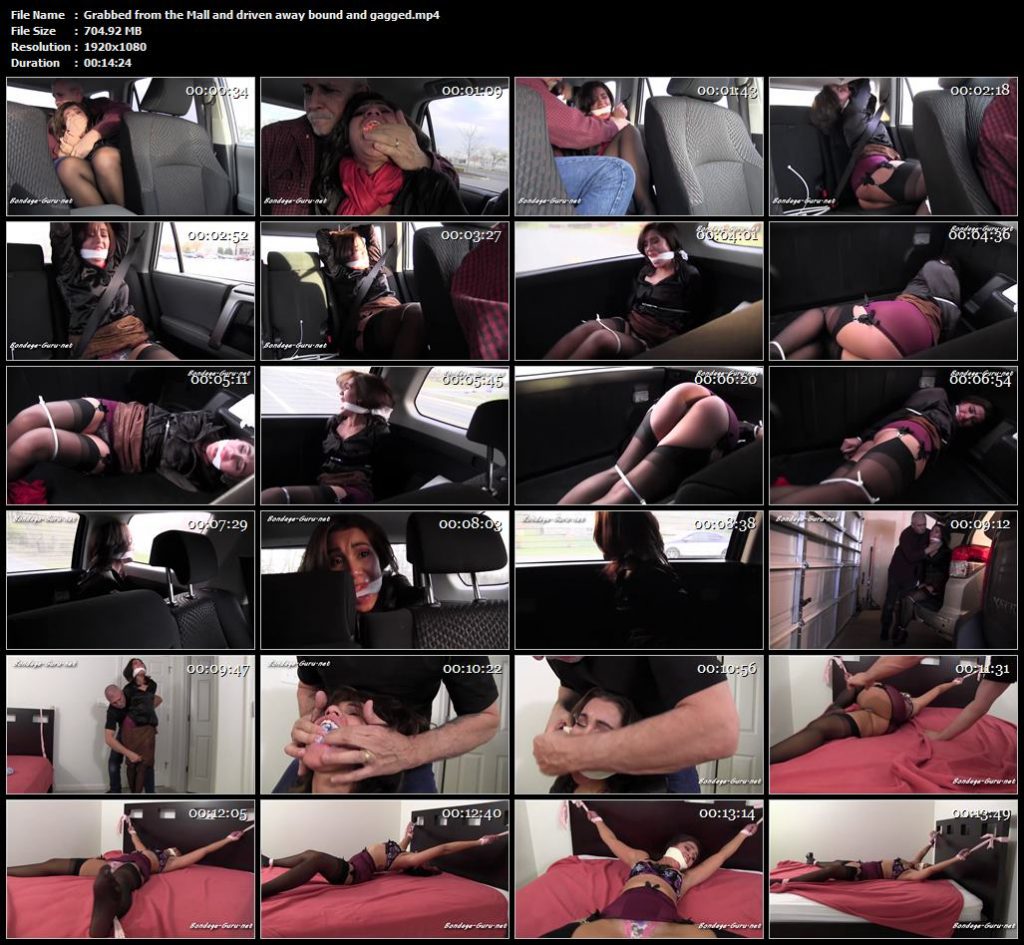