Girl Next Door Bondage – The housekeeping maid almost caught him tying up the star witness. HD

He was sent to make sure Summer did not show up for court on a case where she was the start witness. He found her being hidden away in a hotel. After sneaking past the officers protecting her he grabbed her. But just as he was going to tie her up, the door opens and they hear the voice of a women announcing that she was from the housekeeping staff. The man quickly grabbed Summer and covered her mouth with his hand. He pulled her down to the floor, out of view from the person entering the room. He told the women not to enter any further. He made up some phony story that he was not dressed and doing his morning exercises on the other side of the bed. The housekeeper heard Summer’s whimpers and thought the man was fucking someone. So, she told him that she would come back later and left. Once they were alone, the man brought out rope and tied Summer up. Then to make sure she stayed quiet, he stuffed and tied a gag in her mouth. He then left her struggling bound and gagged as he went off to look for a laundry cart or something to put her in, so he could sneak her out of the hotel UN-noticed. Summer tried to get herself loose. When that didn’t work, she tried to cry out. But she realized it was no use. She was tied helpless. A short time later, the man returned. He put her on the bed and hogtied her. Then as an added measure of humility, he pulled her blouse open and her bra down. he then left her again. This time hogtied and gagged with her great big tits out. 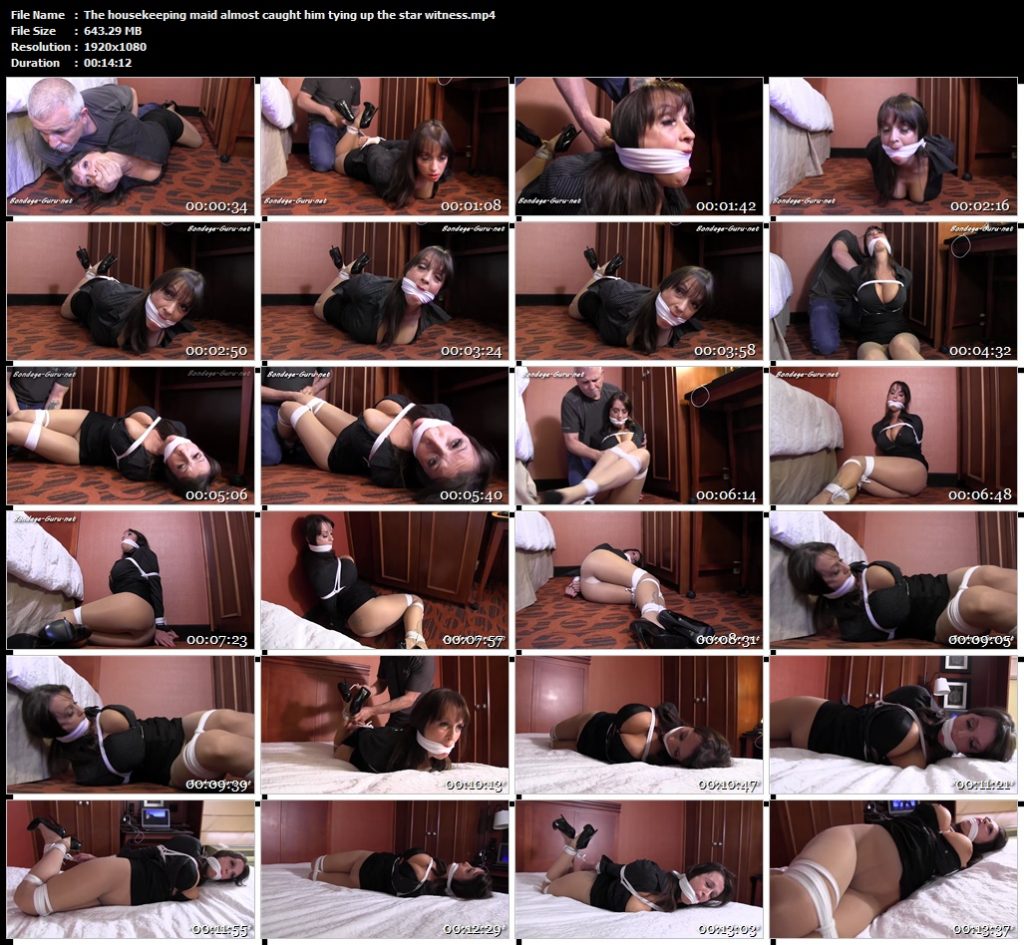