Girl Next Door Bondage – Nyxon – So what are you to do about it! Tie Me Up! HD

Nyxon did something very mean to this man. So when he barged in very angry, she wasn’t surprised. “What are you going to do about it!” she taunted him. She was ready for him to throw her down face first, pull her skirt up and her panties down, and then let her have it. But the man surprised Nyxon when he grabbed her and started to tie her up. “Oh my God, he is going to tie me up and do me!” she thought to herself. At least, that is what she hoped he was going to do. Then he stuffed and taped panties in her mouth to gag her. “Oh my gosh! This is really so exciting and such a turn on” Nyxon wanted to shout out. The man then left her to struggle bound and gagged. Hey! what the fuck! aren’t you going to fuck me?” she wanted to ask him. Then the man told her that maybe she would think about this before she ever did anything mean to him again. “Are you fucking kidding me! I am not sorry at all!” she told him through the gag. Then the man pulled her big tits out of her bra and hogtied Nyxon with a piece of rope tied up between her legs. Now Nyxon could hardly control herself. “You are not going to leave me like this and not fuck me!” She tried to tell him through the tight gag. 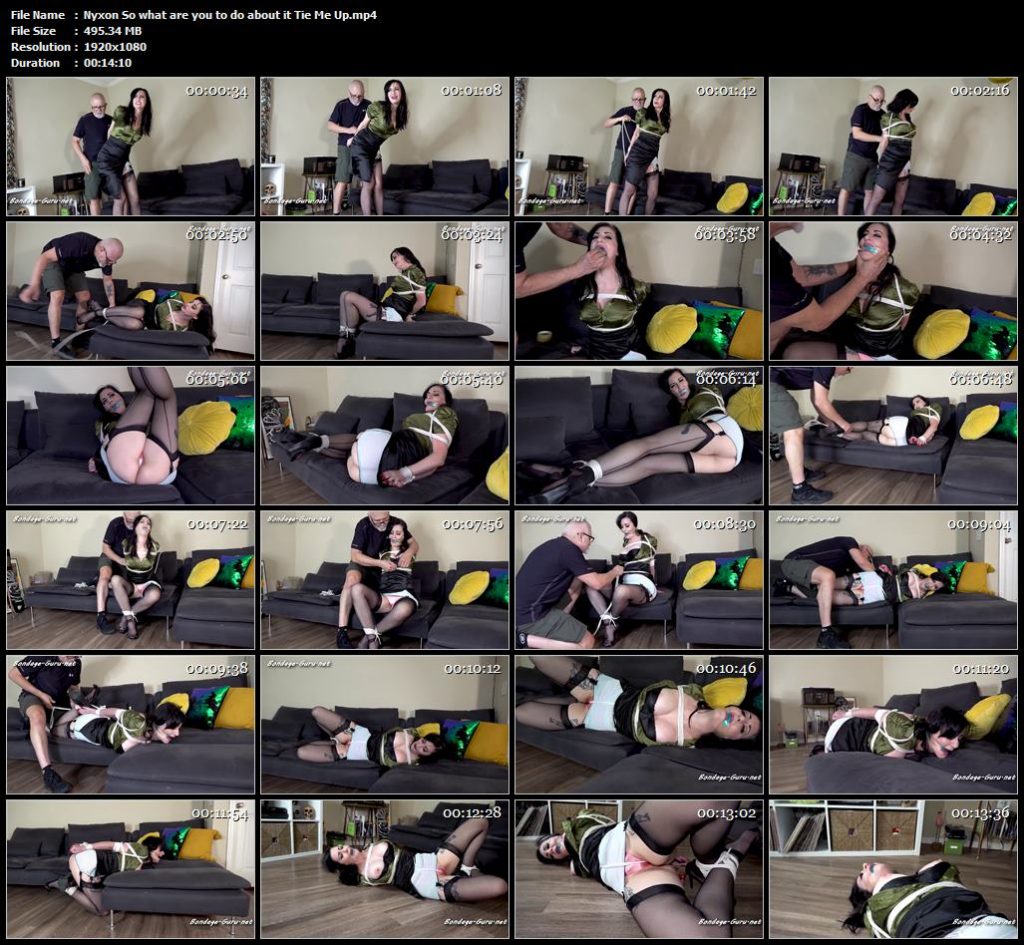