Girl Next Door Bondage – Janira Wolfe – I need you to tie me up! HD

When he found Janira’s door open, he went inside to make sure things were OK. When he found her, she was laying on her sofa and completely oblivious to his presence. That was because she had her legs open and was rubbing herself very intimately between her legs, over her pantyhose and panties. All of a sudden, Janira found out she is being watched and this embarrassed her very much. But only for a short while. Because she remembered the many times she has caught this neighbor watching her. Janira starts to come on to this man as she starts rubbing herself again. “You know you want to get into my panties! Don’t you!” she tells him. When he seems very receptive to this, Janira tells him that she needs to be tied up first. So the man gives her what she wants and soon her has Janira struggling bound and gagged on her sofa. If Janira thought she was turned on before the man showed up, that was nothing compared to now. She was so horny now, she could hardly control herself. Whenever the man came close to her or touched her in any way, she just about had an orgasm in her panties. Now she was kind of sorry she let the man gag her. Because she wanted to beg him to hurry up and have his way with her. But her patients soon paid off as the man pulled down her pantyhose and panties and then rolled her over onto her stomach. 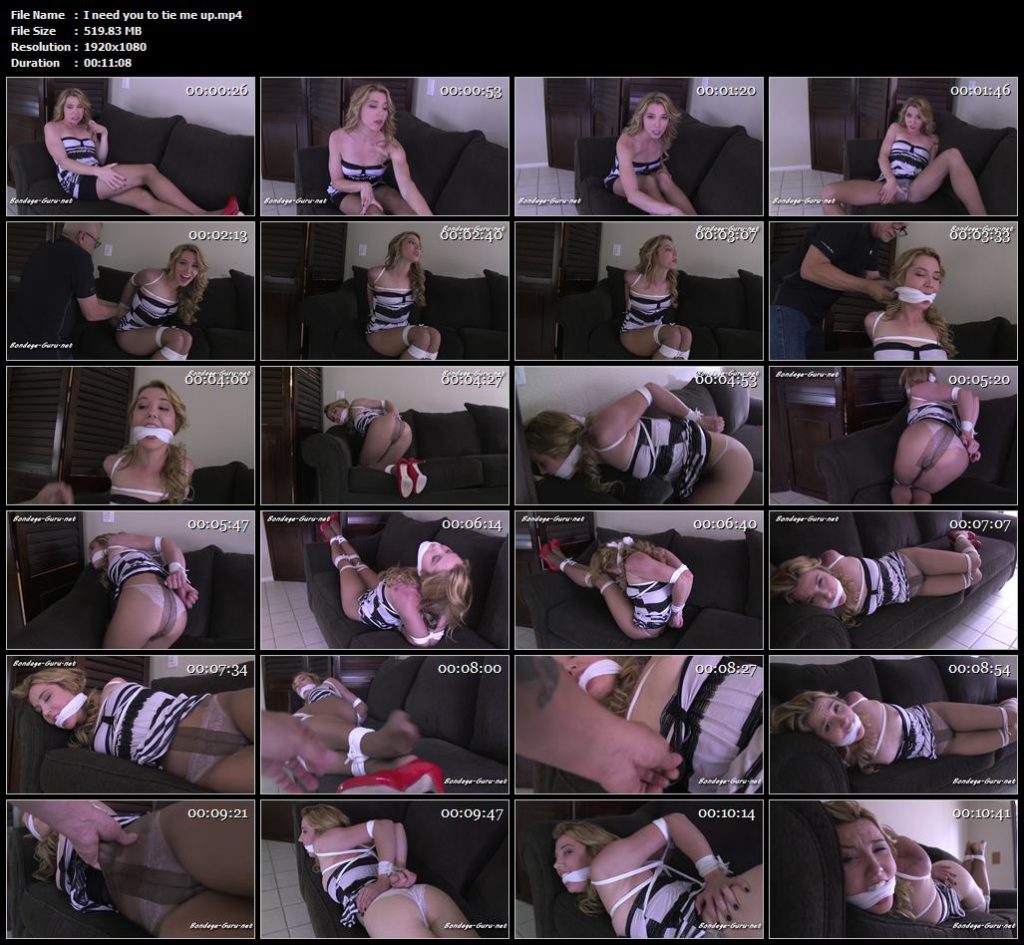 Stranded Girl Friend-Now some man has me all tied up and gagged, and he probably going to fuck me!

Hogtied Naked-He made me take off my panties and stuff them in my mouth!

I’ll be keeping your wife here all tied up until you come up with my money! – Girl Next Door Bondage – Janira Wolfe