Two men are on the run from the authorities. They find a building with the door wide open. When they go inside, they find it comfortable and the perfect place to hide out. But in walks a Nun named Chrissy and she tells them to leave. When they refuse, she threatens to report them. So they grab her. As one of the men holds Chrissy, the other goes off looking for something to tie her up with. The guy holding her, wants to have some fun with her and strips her until she is in her bra, panties and pantyhose. The other returns and they tie her up. Then one of the men stuffs her mouth and tapes her to gag Chrissy. They then leave her to struggle bound and gagged. Slowly things start to happen with Chrissy. She has always been a Nun with doubts about her ability to resist the urge to play with a man. Soon being manhandled and roped up starts to do things to her and now she is very turned on. With her hands tied behind her back, Chrissy is still able to reach between her legs and she starts to rub herself. In a short while, these two men will start to notice this. Soon Chrissy will be giving them permission to do what ever they want to her. 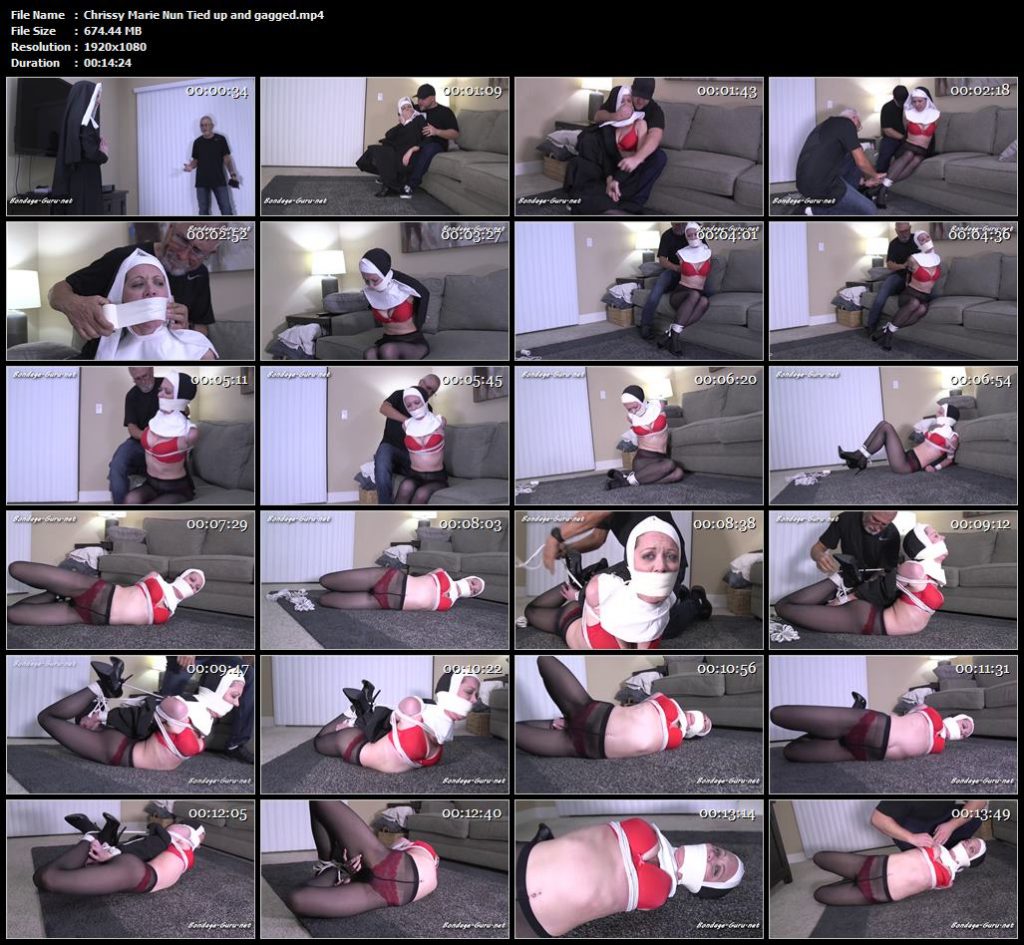 They got what they wanted and now they have me bound and gagged in just my pantyhose!