Girl Next Door Bondage – Cassandra Cain-I have your girl friend all tied up!

This guy owes him lots of money. The video begins with him on the phone telling the guy that his girl friend Cassandra has come over and has agreed to pay off the debt for him. Knowing Cassandra has a good job that pays her lots of money, the boy friend believes that everything is alright. But then we see Cassandra right there in the room tied to a chair with a gag in her mouth. After the man hangs up with the boyfriend, he goes over to the captive girl friend so he can tie her in a different position. He removes the gag and Cassandra starts to complain. “I told you I would pay off my boyfriend’s debt, but I didn’t agree to get tied up!” she reminds him. As the man gags her again by stuffing and taping panties in her mouth, he reminds her that she agreed to let him play kinky games with her. Tying her up and having his way with her, is his idea of kinky games. After leaving her hogtied and crotch roped for some time, the man again comes back. This time to do the naughty things she agreed to do with him in the first place. 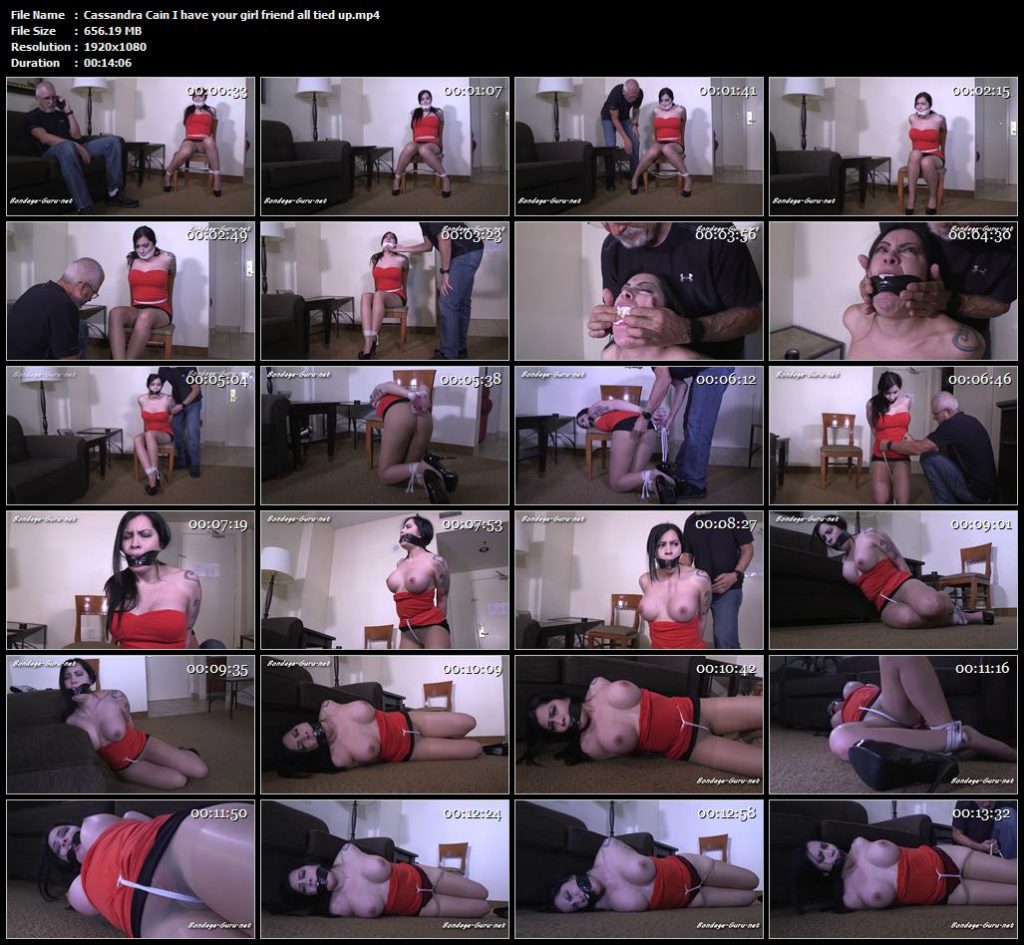 Latina Housewife – Cassandra Cain – Caught snooping next door. Now he has me tied up and gagged! HD