Genevieve was all by herself cooking a nice meal when suddenly she heard some strange sounds coming from another room in her apartment. When she went to check them out, she immediately had a heavy blanket thrown over her body to subdue her! Before she knew what had happened, she was tightly bound with roll after roll of sticky constricting electrical tape! The bad guy forced a giant sponge into her mouth, so big she thought she would choke on it, especially when her captor wound the electrical tape around her head again and again with a head popping tightness! Now silenced, she struggled like mad, flopping around on her bed as she tried to break free of the bonds that held her fast, but the more she struggled, the tighter they got! Knowing her only hope was to escape the apartment, she began an agonizing hop toward the front door, only to be caught again and put into a wickedly cruel tape hogtie for her troubles! Her body compressed to its breaking point, her face massively contorted by the tape that anchored her feet to her head, she rocked and mewled pitifully, knowing she was stuck like this until her captor showed some mercy! 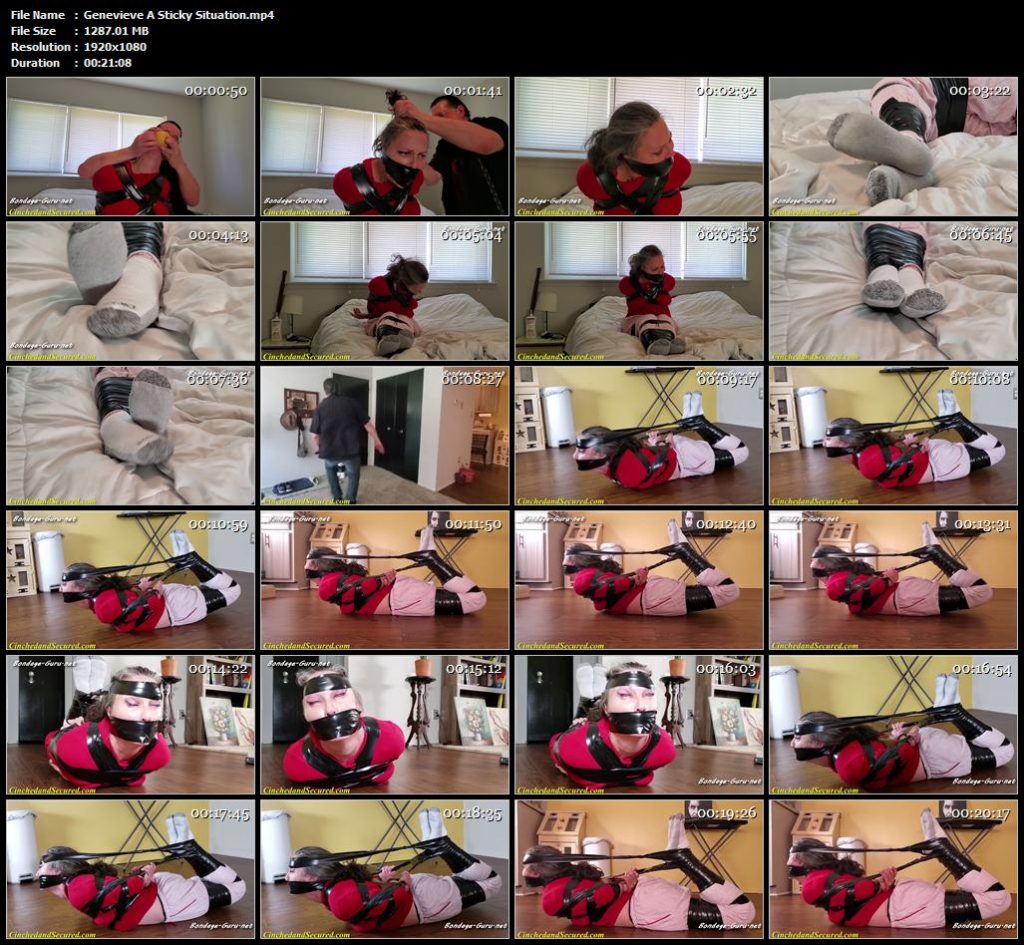