Gia has the hots for her step dad. While her mother is away, she decides to flirt with him, “Again”. In the past, he has warned about her constant flirting. He told her that one of these days, he is going to punish her. But Gia is very kinky and thinks the punishment could be fun. She loves having her curvy ass spanked among other things. So, today, her step father decides to carry out this threat of punishment. When he ties her up, Gia thinks this is just a form of fore play and at first, she likes it. But then he stuffs a gag in her mouth and ties her in a strict hogtie with a crotch rope. She is then left struggling very humiliated with her big tits out. 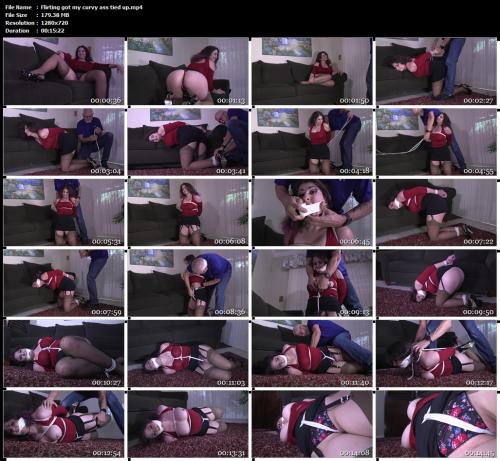