After having Kristall over for her real escape challenge clip, Master Matt decided to challenge Chrissy to an escape of her own to see how much quicker she can get free with her known escape artist skills. He wants to make it fair, but knows if he ties Chrissy the same way he did Kristall, then she would be free in no time. So ties her up tight while completely nude and barefoot, then uses an extra large ballgag for no purpose but added discomfort for poor Chrissy! She continues to try to talk through her gag as he adds one more surprise that he didn’t do on Kristall, pulling her into a tight hogtie to prolong her escape attempt. Chrissy exclaims “That’s not fair!” but she is all bound and gagged and can’t do anything about it! She struggles around trying to loosen the ropes and find the knots, even using her bare feet to help! You can tell she is working hard to see how fast she can escape as she mmpphhs through her big red ball gag. She still feels confident that she will beat Kristalls escape time of 12 minutes, which she does by almost half! Master Matt is shocked that she was able to escape so quickly even with the added difficulty of the tight hogtie. He promises to tie her up even tighter next time so she can’t possibly escape! Includes on screen tying & gagging! 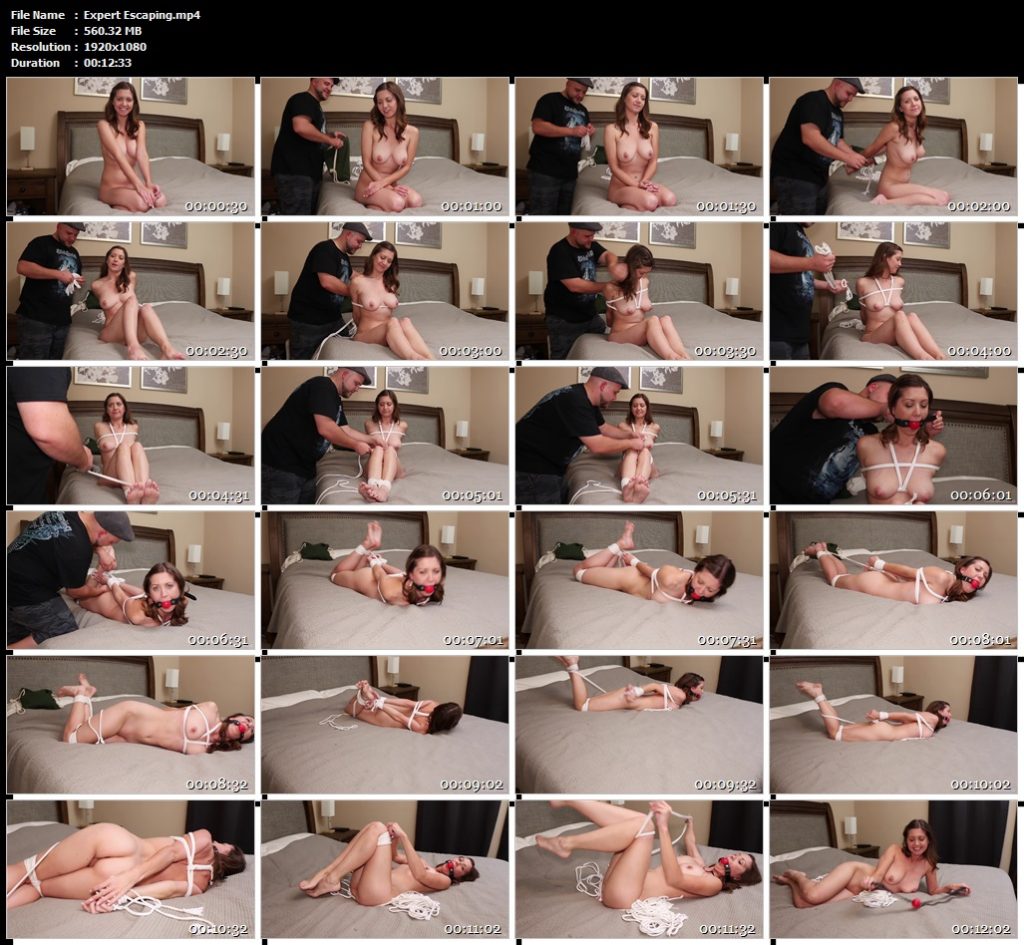