Serene is still cruelly bound in the basement on a green blanket and a cold hard floor. She stirs and immediately starts struggling and rolling back and forth trying to find any loose ends in her bondage. She rolls around back and forth with so many cinches on her that she can’t every hope to free herself but that doesn’t mean she won’t try. Eventually the man comes back and removes her ballgag but there’s a catch that his boss isn’t interested in giving him his fair share. Serene tells him that if she’s double crossing him she should just untie her and double cross his boss and tie her up instead and he decides to go along with it starting the process of untying her. After she’s untied the man’s boss shows up and immediately starts berating him for her being untied. Quickly both Serene and the man are on her however and her arms are pulled behind her back and restrained. Elbows first then wrists while Serene binds her ankles before Lizz’s mouth is packed and silver tape wound around her head sealing the packing in. Her arms are tied to her body as she’s lain on the floor before the man grabs more rope frogtying her already bound ankles to her body and hogtied off to her body. Serene stays and toys with the person who ordered her being grabbed a bit by herself while the man heads out. She calls the cops at the preplanned time and Lizz squeals through her gag realizing that she’s been caught. She struggles for a good bit, but can’t manage to budge any knots and will very likely be just as bound when the cops arrive. 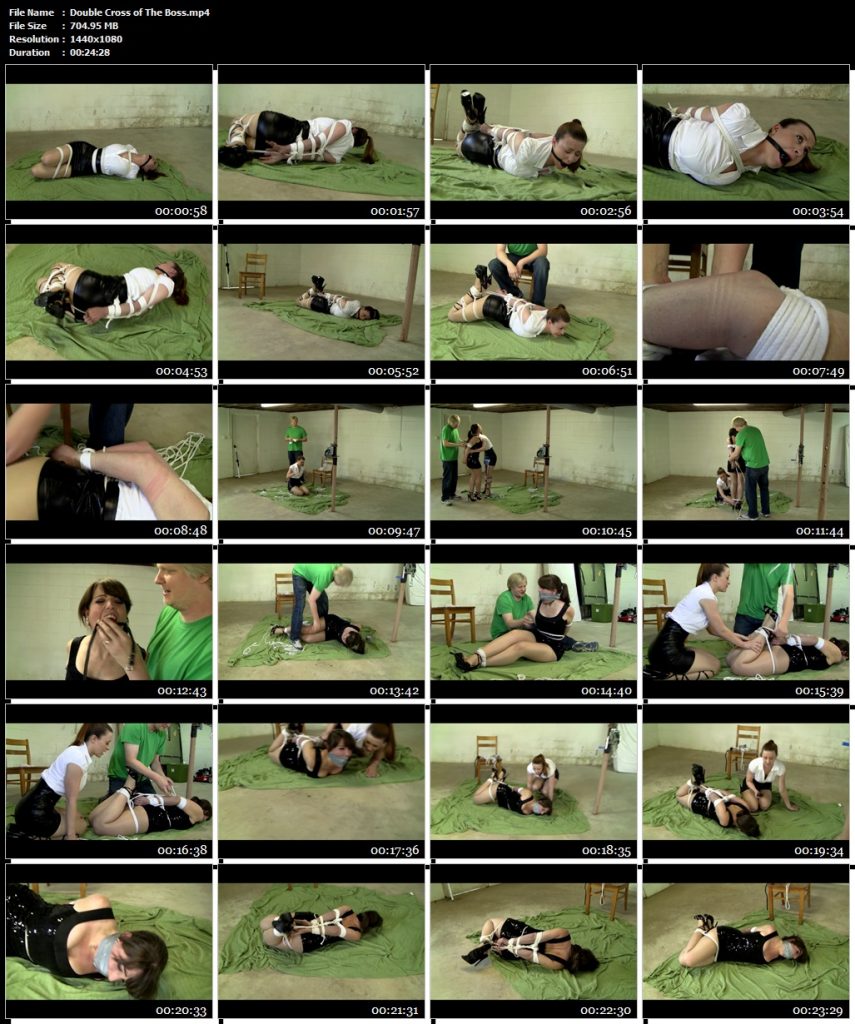