Elizabeth was relaxing on the couch with a pink leotard with cut outs, pantyhose, and black ballet boots topped off with black leather opera gloves. Mr Big Boss stands her up and helps her get to the wall where he proceeds to bind her elbows tightly behind her back. Finishing up her wrists and her arm bondage she’s guided back to the couch where she takes a seat while Mr Big Boss grabs a gag and forces it in and out of her mouth before tightly strapping it on her. She moans and drools a bit and finally he moves down and binds her ballet booted ankles together. He takes another length of rope and starts looping it around her waist binding her arms tightly to her body. A bit of groping and fondling later Mr Big Boss finally grabs a leather hood and tightly places it on her head. Finally he leaves her to struggle on the couch where she wiggles and moans and eventually stands up to test herself out a bit. Eventually Mr Big Boss comes back in and takes a few liberties with her before blindfolding her and walking out to let her languish a bit more in her bondage. Elizabeth struggles and moves around putting on a great show for anyone in the office watching. 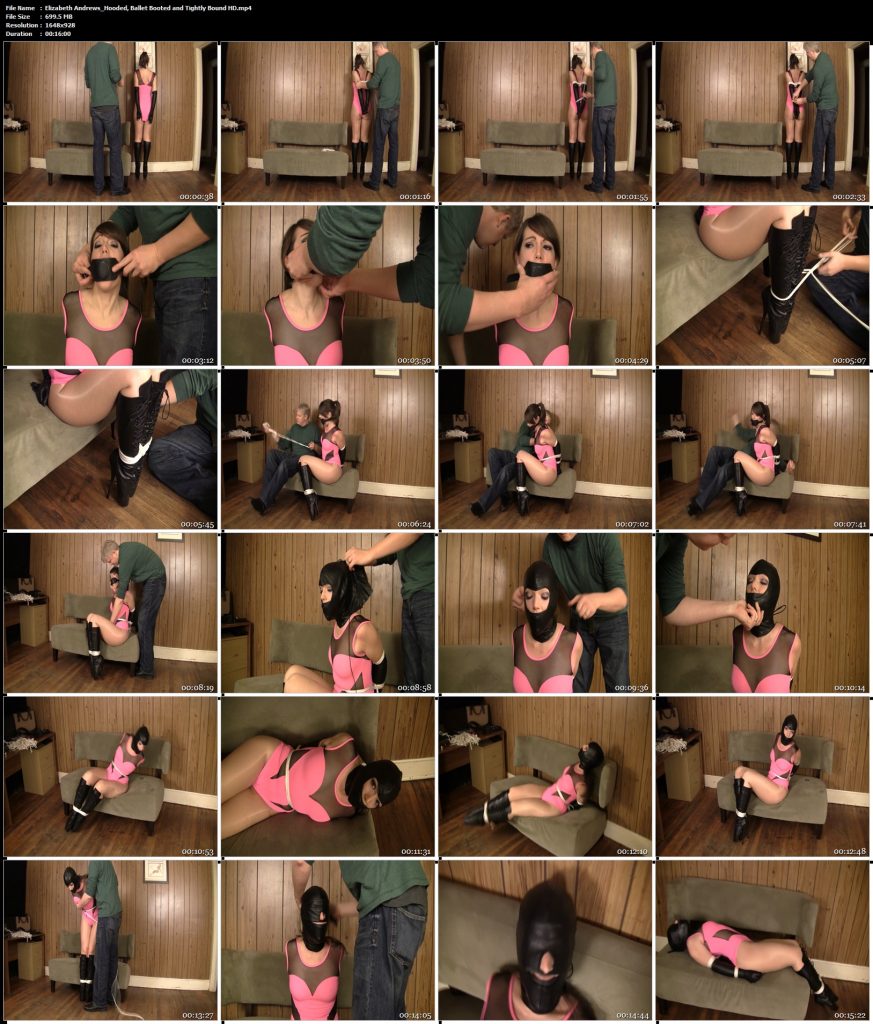