Dakkota discovered some irregularities with the books and decided she should bring the news directly to her boos. As it turned out, that was a BIG mistake, as the devoted employee found herself forced to strip to her bra and panties before being tightly bound and cleave-gagged by her superior! Now that she knew he was responsible for the cooked books, she found herself in dire straits as he contemplated exactly how to get rid of the snoopy Milf. Left alone to struggle in her bondage while her soon to be ex-boss readied her disappearance, she hopped from room to room in search of something to help her cut herself free. Unfortunately, her escape attempts was foiled by the return of her boss, who left the blonde tightly hogtied for her trouble, her mouth sealed shut by a huge cloth OTM gag, wrapped around her face again and again, and held fast with endless circuits of black electrical tape! Now barely able to make a sound, she was left to struggle in terror as she helplessly watched the bomb her boss had left behind slowly tick off the seconds remaining in her existence! 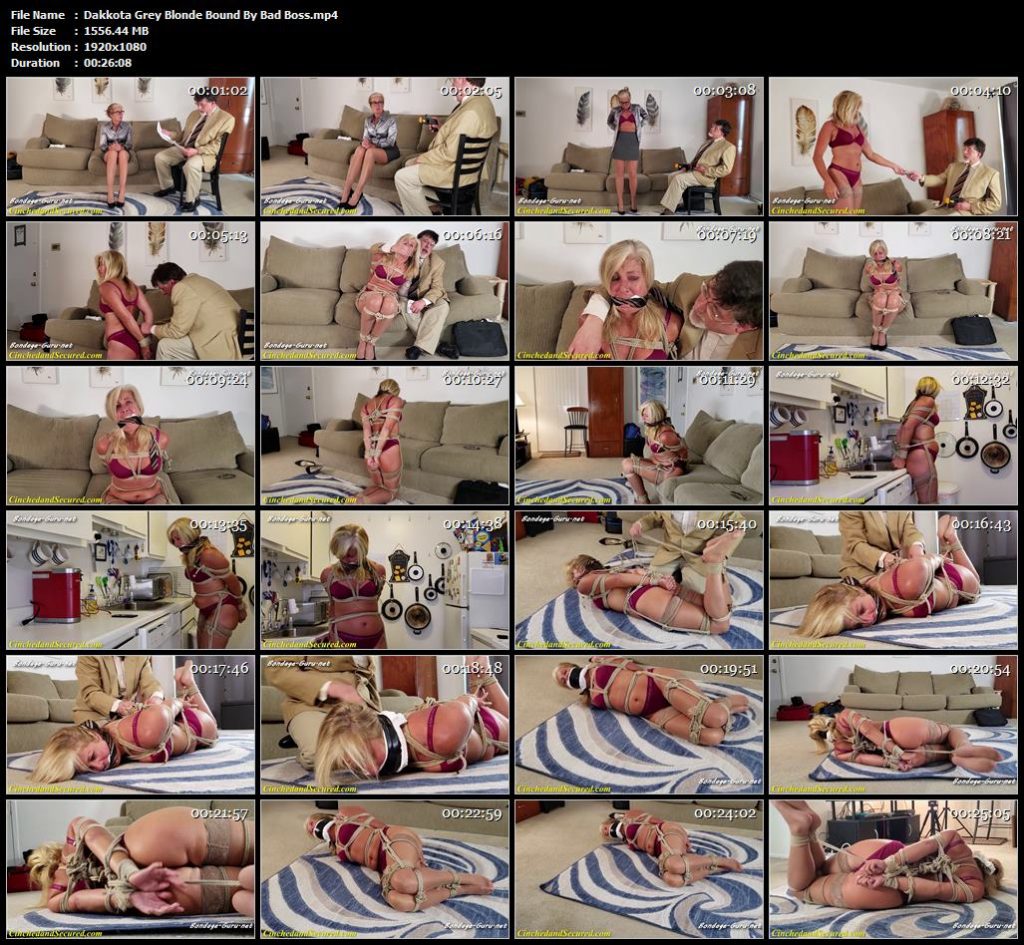