Dakkota and Gen had each heard a lot about the rash of burglaries plaguing their neighborhood, but Dakkota thinks the stories have been blown out of proportion. She doesn’t believe anyone can actually be subdued, secured and silenced using just duct tape, so she chalks the whole thing up to fake news. Gen, on the other hand, not only believes it, but is determined to show Dakkota just how wrong she is by tightly mummifying her to a pole, and then stuffing her tiny mouth with not one, not two, but THREE wads of cloth! Her mouth jacked open uncomfortably and her tongue mashed flat by the obstruction, Dakkota has to admit she is well and truly silenced, especially after Gen wraps her head with duct tape, then for good measure wraps an entire roll of white medical bandage around and over that and finally to add insult (and agony) to injury, she goes over the entire thing with microfoam tape! Now that Dakkota is utterly helpless, Gen begins to run her hands slowly and sensually over the girls tightly cocooned form, ignoring her protests. Unfortunately for BOTH girls, a neighbor stops by and decides that what the girls really need is a little time alone – in bondage! Gen is forced to embrace Dakkota and then is tightly lashed to the frightened lady, and Gen’s mouth suffers the same gagging treatment as poor Dakkota! Now, stuck together face to face and unable to utter any recognizable sounds, the two are left alone for a VERY long and uncomfortable night! 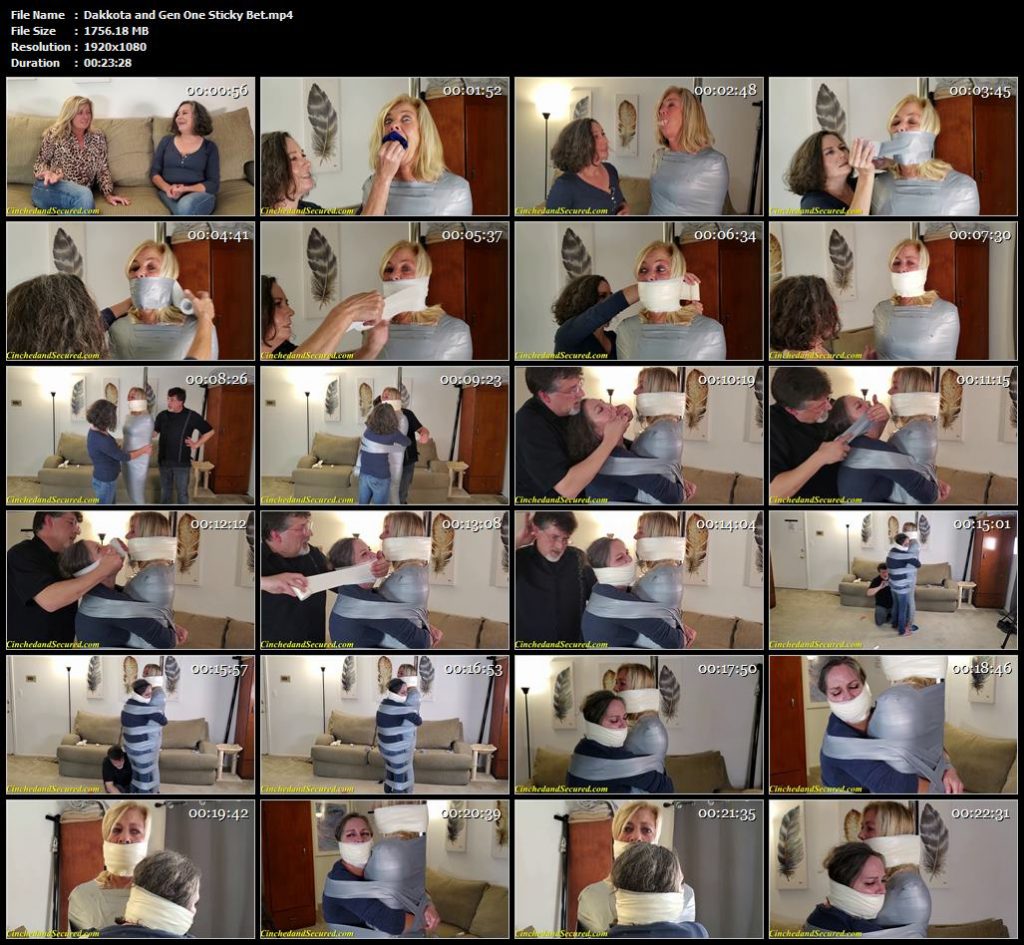