All Claire wanted was a good workout, but she certainly never had one like THIS in mind! Fresh from the shower and all set in her workout clothes, she never expected to have a hand clamped over her mouth, or to wake up topless and tied to a chair! She had been bound in an unusual position: reclining, her legs folded, elevated and locked wide open, providing easy access for any nefarious people with twisted intentions, She tested her bonds but they were to secure to prevent her “visitor” from stuffing her mouth full to bursting and taping it in place! Round and round her head the tape traveled until her entire lower face, from chin to just below her nostrils, had disappeared in a tight band of gray. Now unable to make a sound, she grunted and murmured urgently as her “visitor” took a pair of scissors and slowly cut her sweatpants off, exposing her beautiful bare pussy to his attwentions. Fearing the worst, she quivered with apprehension as he tied not one but TWO extremely powerful vibrators to her, one locked onto that sweet pussy and the other pressing firmly against her asshole! Nervously, she was his fingers travel to the switch that would bring them to life, and as it was activated, she immediately found herself flooded with the most intense sensations she had ever felt! In no time she was cumming again and again, each moan of pleasure swallowed up and trapped in her stuffed and sealed mouth. Her body betrayed her again and again as she climaxed helplessly before her “visitor”, pleading for freedom even as she exploded with a relentless series of orgasms! Rather than release her, the man simply left, and Claire was now all alone and powerless to stop the endless pleasure that shook her bound body to its core! One thing was for certain! She definitely got her workout! 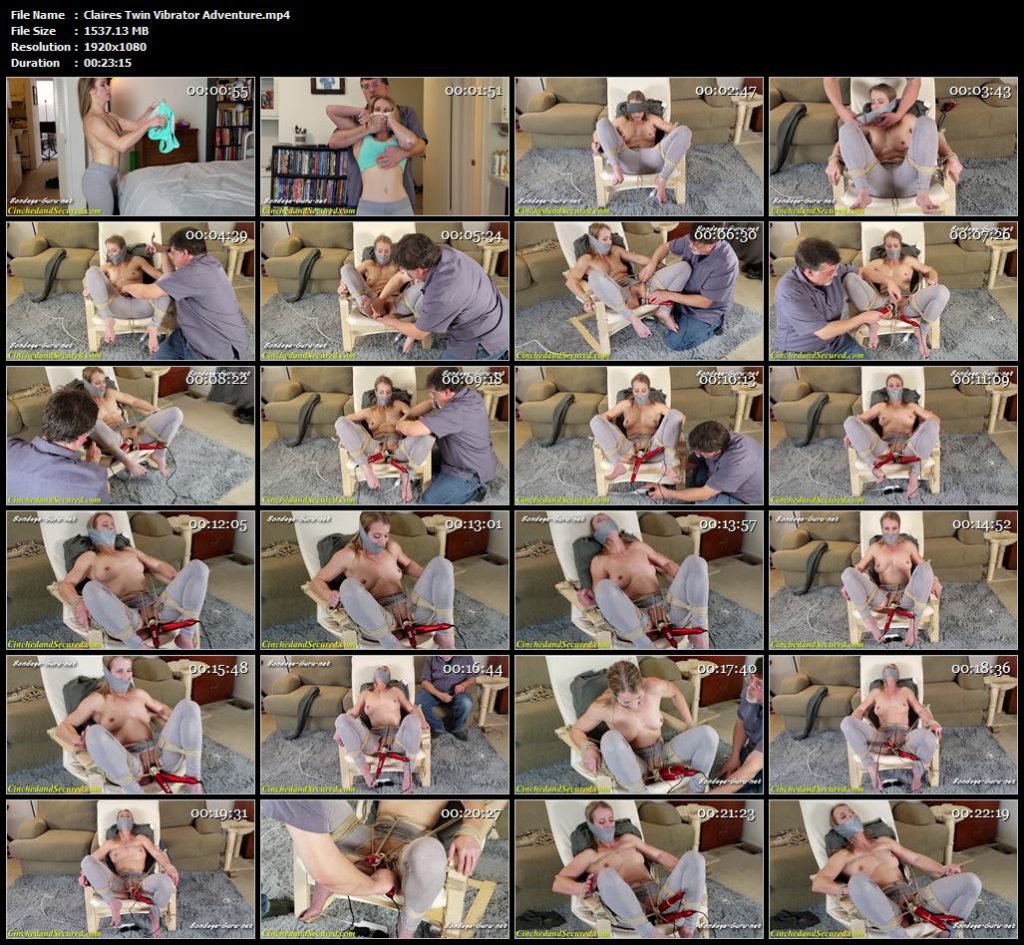 Claire Irons – Get Some Rest – Cinched and Secured

Claire and the Magic Box – Cinched and Secured – Claire Irons