How did she end up this way? Simone had no idea who the man was or why he was tying her up. She only knew it hurt, and hurt a lot! As he manhandled her amazing body, fusing her limbs with tight ropes that dug into her flesh, she begged, pleaded and complained, but the man paid no attention. At least, she THOUGHT he paid no attention, until he grew tired of her endless yapping and stuffed her mouth with a jaw-stretching bal gag that shut her up good! Certain her jaw would dislocate from the size of the mass, she whimpered, drooling all over herself as she fruitlessly tried to plead for mercy! The man was relentless! He tore her shirt off, revealing her huge tits, fused her elbows together and wrenched her arms into a brutal chicken wing position! She thought her ordeal was at an end when he removed the ball gag, only to stuff her mouth and wrap tight around her face with an excruciating tightness that left her incapable of nothing more than weak hums, and finally the man tossed her onto her stomach, her bare breasts hanging over the edge of the small bench she lay on, and hogtied her until her limbs were on fire! Surely the madman could do nothing more? Unfortunately, she was wrong! He clamped her sensitive nipples and left her alone to endure the agonizing position. In her head were two thoughts: would anyone come to rescue her, or worse, would the man return to further her torment?? 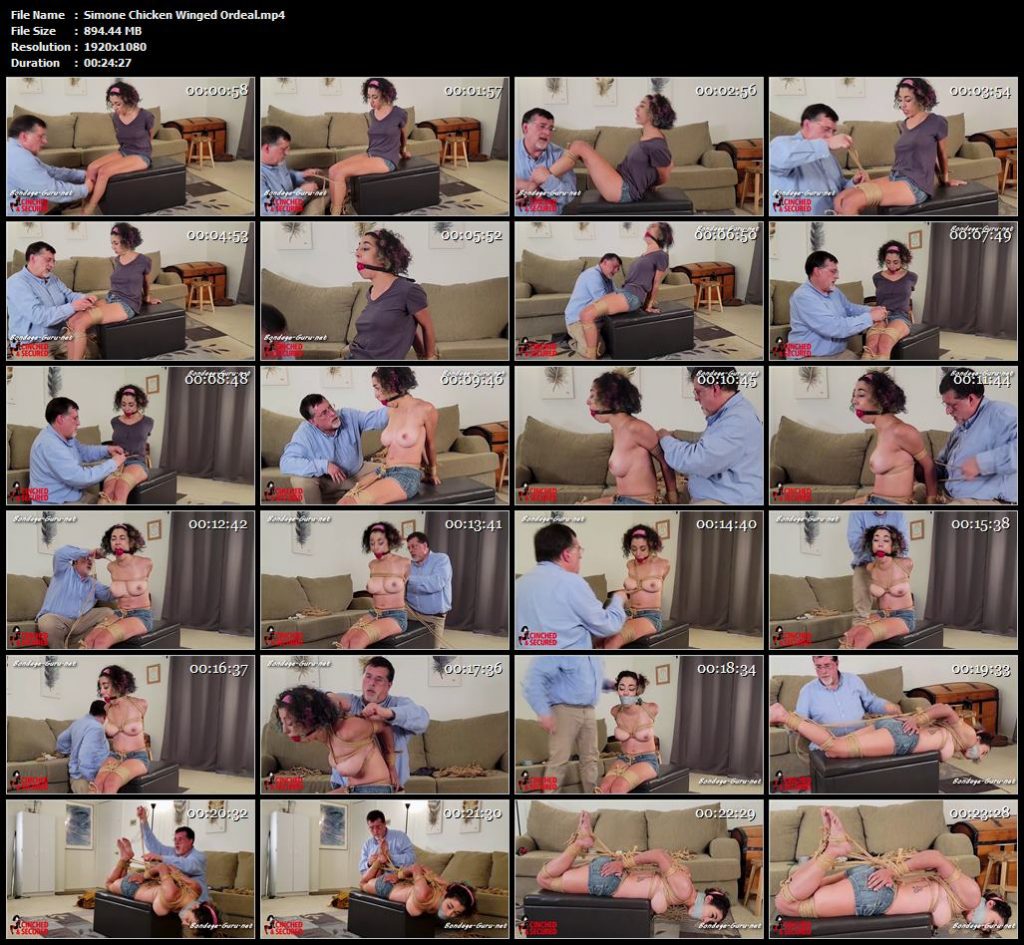 Cinched and Secured – Jayda and Simone – The Warehouse Trap

Cinched and Secured – Simone – The Ties That Bind!