When Enchantress Sahrye arrived at her photo shoot she was in great spirits. Her photographer was getting great shots of her in her sheer robe, beautiful white lingerie and sexy hosiery, but midway through the shoot, she got a text message from her agency requesting she add a mummification to the shoot’s agenda. She flatly refused, incensed that someone would even think of wrapping that beautiful body for a lowly fetish concept. However, the agency also contacted the photographer, offering him a huge bonus if he could make it happen! Not willing to turn down the money, he grabbed and wrapped the feisty latina in plastic wrap, immobilizing her! Well, except for her mouth! She cursed and threatened the photographer with an endless stream of profanities and vulgarities, threats and ultimatums, until the photographer had taken all her could stand and stuffed a big fat ball gag into her yammering mouth! Now that she was truly helpless, he decided to up the ante a bit, and wrapped the girl from head to toe in brutally tight electrical tape! Her black cocoon was further secured by endless criss-crossing bands of multi colored electrical wrap, and even her ball gag was further jammed into her mouth by some skull-splitting wraps of tape around that pretty head of hers! Now, the ball driven deeply into her mouth and her entire lower face sealed in the unforgiving tape, she mewled and fought for freedom, but the cocoon was not only unbearably tight, but constricting her poor body even more tightly the more she fought! Drool escaped from the tape, dribbling over that pretty face of hers as she begged, fought, mewled and squirmed in her prison! After getting exactly what he wanted, he left the bitchy beauty behind, trapped in tons of tape, sobbing in terror into her gag as she wondered when (of if) he’d return to free her! 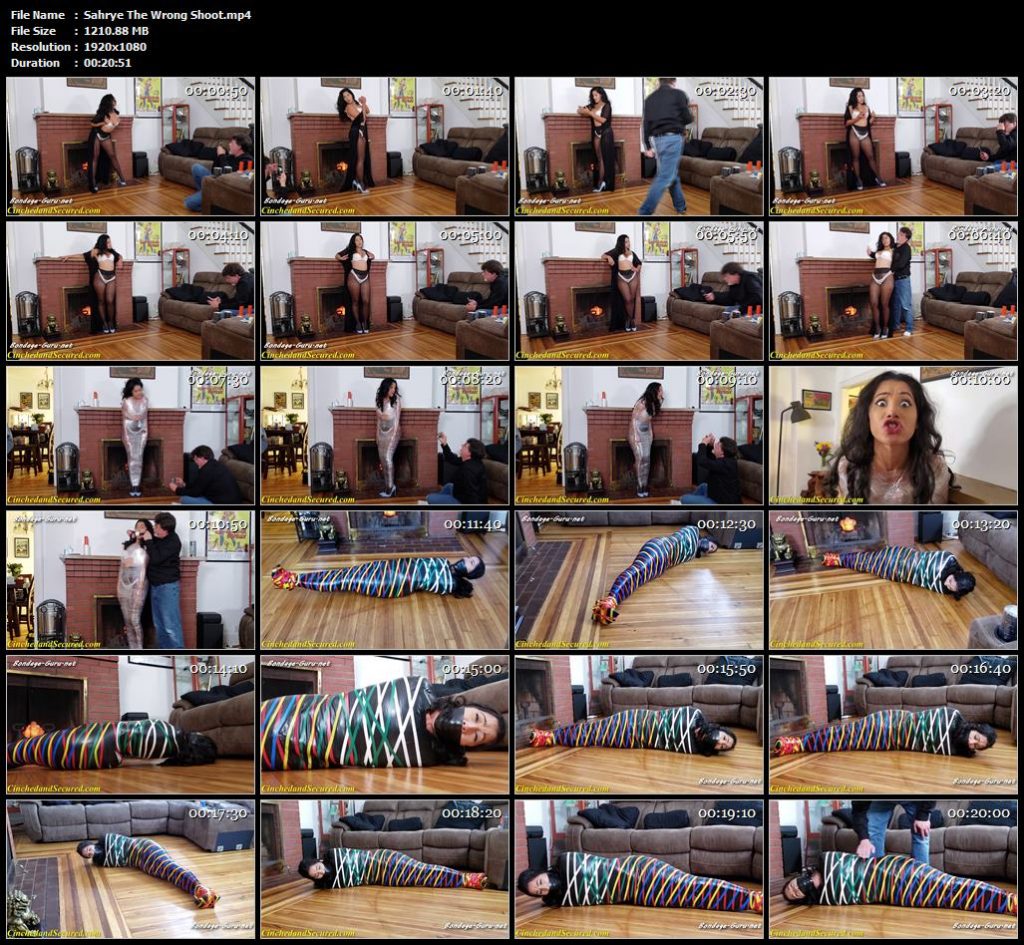