Cinched and Secured – Raven Eve – The Psychology of the Submissive

Judgemental Raven Eve has a problem. She needs to write a paper on bondage and submissiveness in order to keep her certification for her psychological practice, but the entire concept is one that she can neither understand or appreciate. She explains the plight to a friend who suggests that perhaps if she were bound in a safe situation, she could get a feeling for the pleasurable sensations bondage can bring. She is dubious, but agrees to allow herself to be bound. She didn’t expect the ropes to be so tight, and she CERTAINLY did not expect to have her mouth stuffed and strapped with a panel gag, turning her words into garbled, gurgling nonsense! Demanding release, she is horrified to learn that her friend has no plans to untie her. She’s going to learn to be submissive if it takes weeks! A frenzied struggle ensues, during which the helpless beauty cajoles, begs, demands and curses as best as she can, but when the panel gag is so tight it mashed your lips against your teeth, coherent speech is impossible! She is powerless to prevent her friend from binding her even more strictly, and as she realizes he means to do exactly what he promised, her heart sinks as she wonders what else he has in store for her! 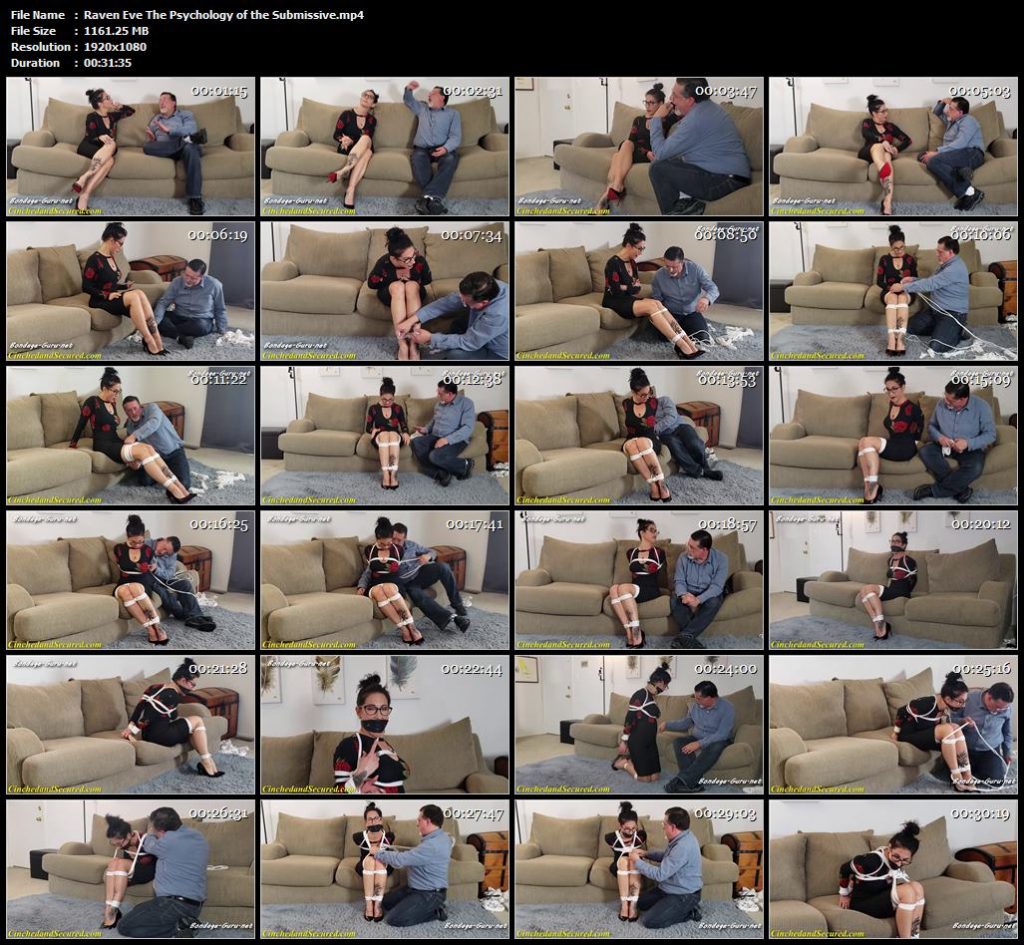