When the burglar broke into her home, Minx was secretly excited! She had always had burglar fantasies, but she knew that even though she wanted to be bound and gagged, she mustn’t show the burglar her true desires! It was best to go along with everything he said, pretending to be angry at the ordeal. He had taped her upper body tightly, locking her arms at her sides, and now she was about to be gagged! As the packing was pressed into her mouth, she marveled at the size of the mass, and thrilled privately at how well it silenced her! When the man wound black bandage over her mouth to seal it in, and followed that up with sticky, ultra tight black tape, she was sure she would cum right there and then, but she pretended to fight. He left her alone and she struggled in her bondage, wishing the man would return and apply even more tape to her wriggling, squirming body, so she purposely disobeyed his instructions, moving about the room as she pretended to look for a means of escape. Sure enough, the man returned and grabbed her from behind, clamping a hand over her gagged mouth! Now with her ankles bound, she squirmed on the couch, wriggling her feet and reveling the way her heavy socks felt as she did so. Still, she had to have more, so she slowly made her way throguh the home and up the stairs into the kitchen! “Caught” again, she now found herself mummified from head to toe in more of the sticky black tape, this time fused to her kitchen table! Next to her was her cell phone, and she tried to reach it to call a girlfriend, knowing how happy her friend would be for her! Her noises attracted the burglar yet again, and soon she was wrapped in a heavy blanket and left squirming on the floor! Her movement massively restricted, she bucked like a fish, but this time she was truly helpless! As she wiggled her sock-clad feet, she was in ecstasy! Now the burglar was finished with his chores, and the only thing left was to ensure that Minx could not escape and alert the police, so he wrapped her from head to toe in the black tape! Now, left alone to strain and squirm in the ultra thick cocoon, Minx girl was in heaven! 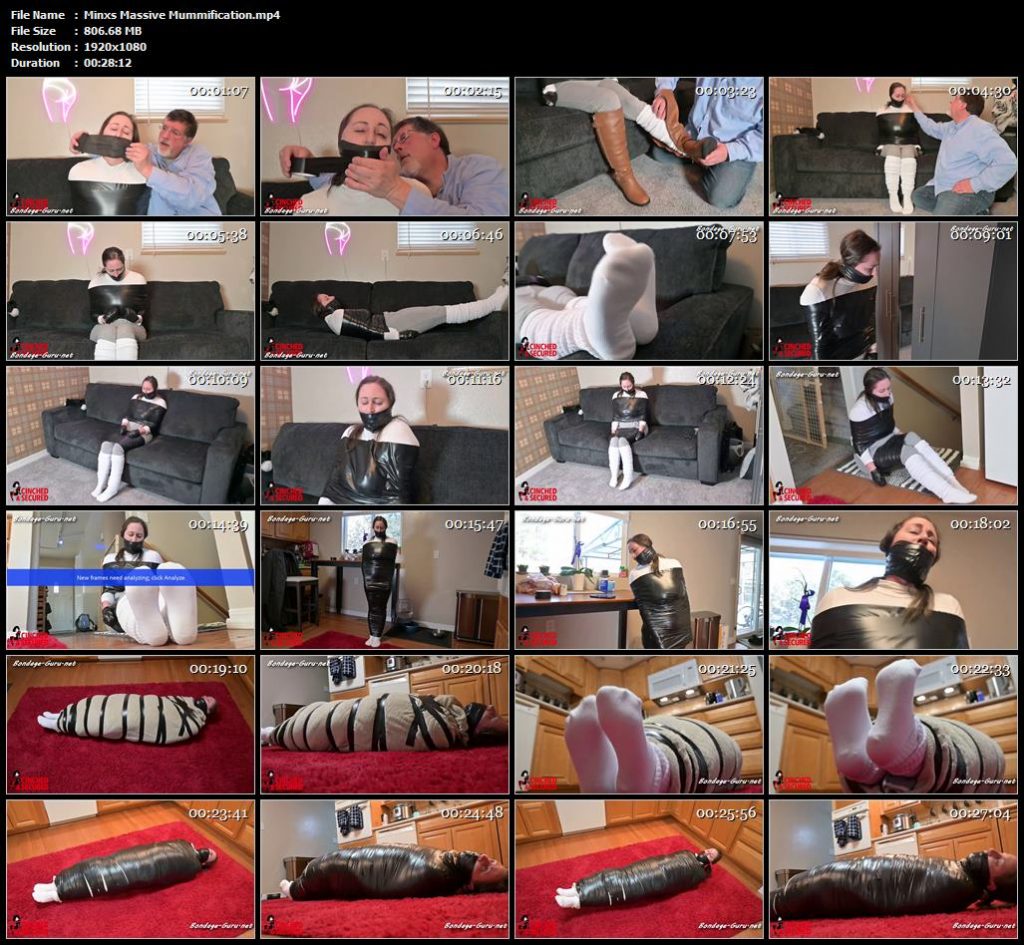