Some people just don’t want to do what they’re told, even if it is for their own good. Lolly Gagg learns this lesson the hard way when she ignores the instructions of a burglar who has her tightly gagged with a big red ball and bound to a chair! She was told to sit still and keep quiet, but she insists on mewling, struggling, begging, banging the chair about and making as much noise as possible, so the burglar has no choice but to “improve” her situation! Now, her mouth packed shut, yards of medical bandage wrapped around her face until she thought her head would pop, and with the whole mass sealed permanently shut with red electrical tape, she can’t make ANY loud noises! She sure does try though, especially when the burglar pulls open her dress to reveal her big natural tits! Terrified at what’s going to happen next, she struggles like hell, but it’s no use: she belongs to him now, and she’s going to have to get used to the idea, like it or not! 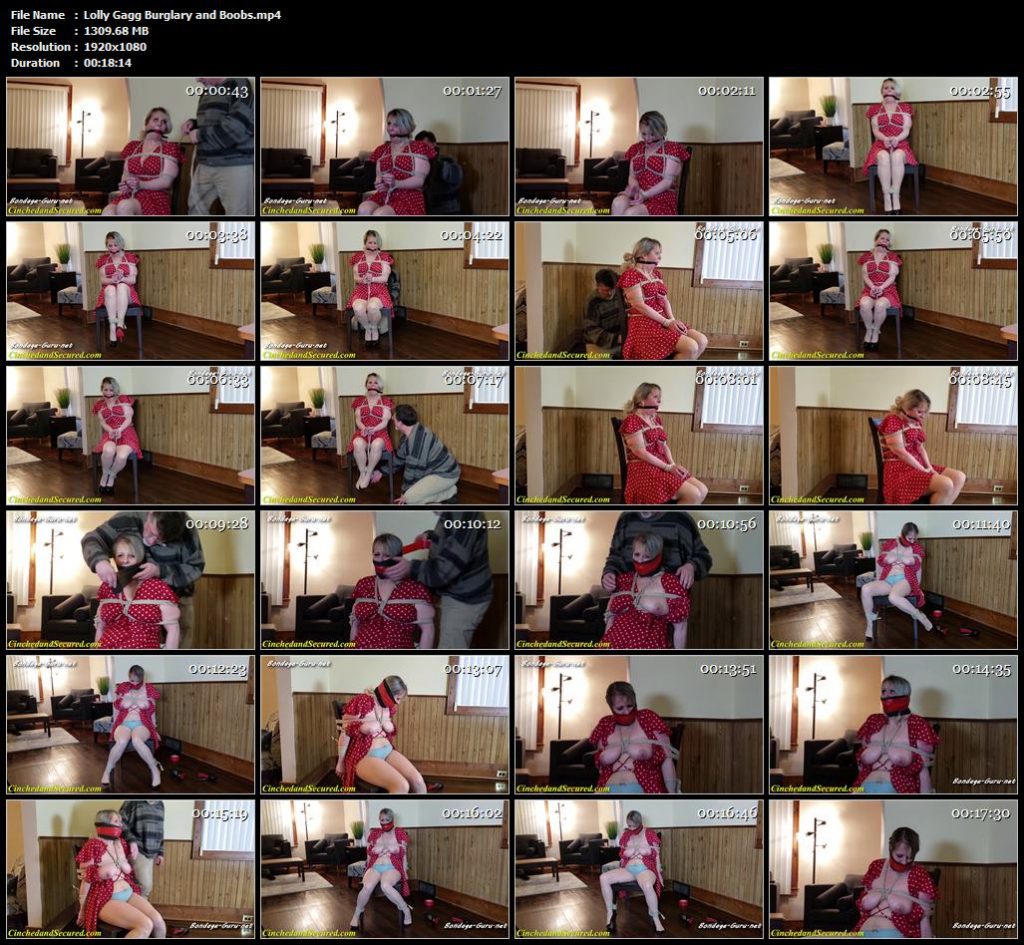 Cinched and Secured – Kitty Kilmore vs the Ropes Pt 1