Lexi didn’t know how she got there. She didn’t know what happened to her clothing. She didn’t know who the man was who had tied her to the chair. She only knew she was in trouble, and she’d better do some fancy talking to get out of her plight. Unfortunately for her, the man wasn’t interested in anything she had to say, gagging her over and over with huge mouth packings, wrap after wrap of medical bandage, tight cleave gags and huge rubber balls strapped mercilessly into her mouth. She fought him as best she could, but he silenced her over and over, taking delight in the way her speech was transformed into useless grunts and muffled exclamations. Lexi realized she had only one hope: escape the ropes before he returned. She lurched and bucked against the chair to which she had been bound, knowing her captor delighted in the way he exertions made her tits bounce and jiggle. She finally managed to free her legs from the chair, but no matter what she did, she couldn’t free her torso! Dejectedly, she realized that she was still trapped, but now she had given her assailant much easier access to her young body! Would he take advantage of the situation? 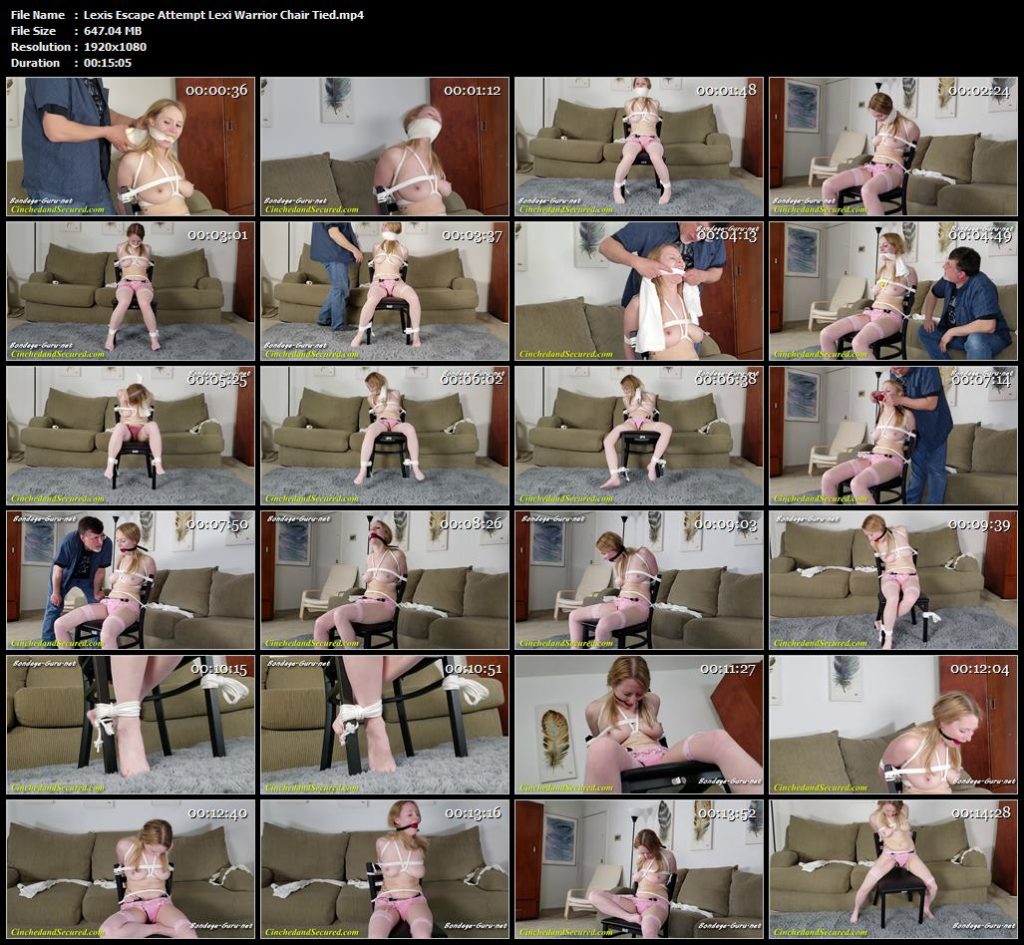