Poor Katana! She’d grown far to comfortable flouncing around in her short skirts with no panties. She was definitely bound to attract attention….literally! Caught in her own home by a man who had watched her from afar on the city streets, the busty young thing was now bound to a chair, her ankles affixed to the chair legs, leaving her spread wide open for the perv to peek up her skirt at her bare pussy! The fat ball gag in her mouth kept her pleas for help to a minimum, not that the stranger would have paid any attention to her gurgling whimpers, fixated as he was on that sexy pussy. When he left her alone for a moment, Katana seized her chance, struggling to untie herself from the chair before he returned. In the nick of time, she managed to undo the ropes holding her in place, and rushed to her phone to call for help. That was her mistake! Instead of making a break for it, her phone call allowed her to be caught again, stripped naked as the day she was born, and tied in the doorway to her bedroom, her hands pulled high over her head, a handkerchief cleaving her sexy mouth, and her gyrations definitely enticing her captor! What will happen to the poor girl? 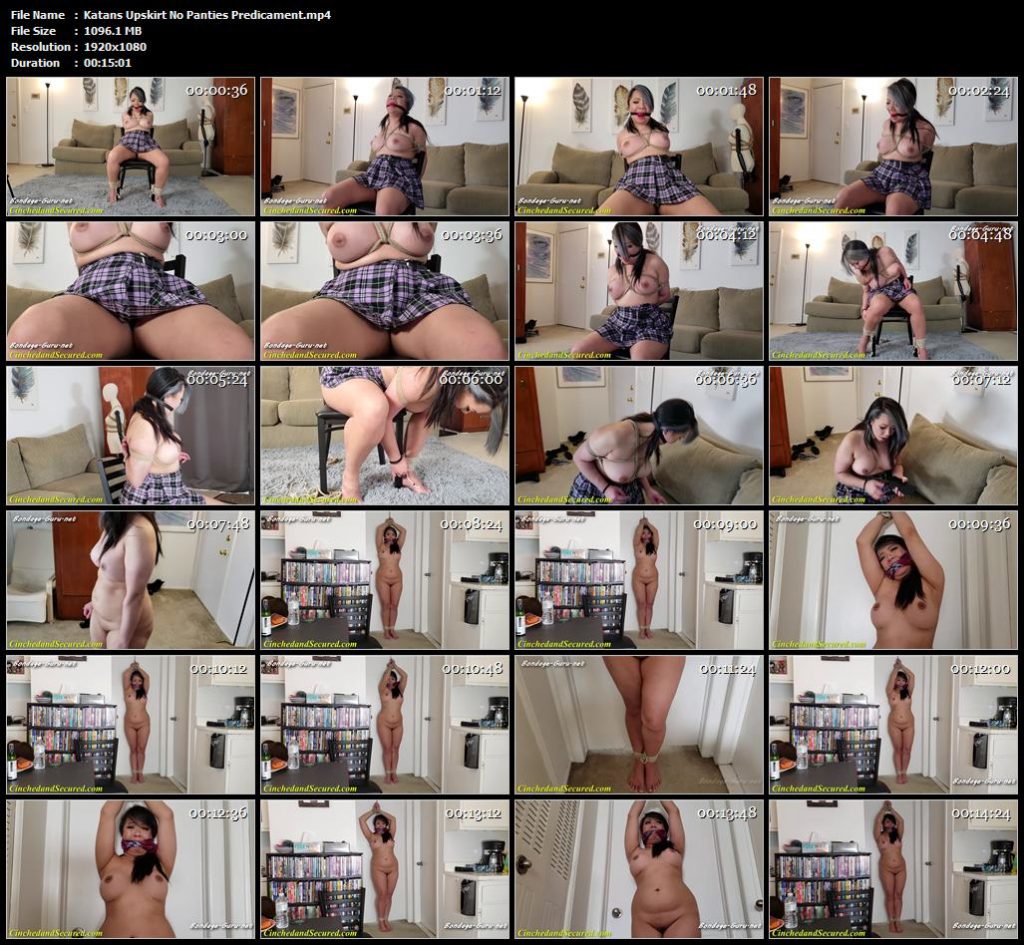