All Izzebella wanted was a nice quiet weekend in the country, but fate was against her! While gazing out her window, she saw a band of strange men committing a crime, and in a panic, she tried to figure out what to do. Turns out the decision was out of her hands, because the men had been all too aware that the pale skinned red head saw everything, and now she had to be taken care of! Protesting and begging as she was bound by the lead henchman, the frightened girl had her mouth packed with cloth and gagged with an old handkerchief pulled tightly between her teeth! Now all she could do was struggle, her fear mounting as she realized how sheer her nightgown was, how exposed her flesh was, how her breasts presented a delicious sight for an evil man bent on her making sure she kept quiet! In a panic, she hopped across the room to her cell phone, but was caught again and subjected to a skull-crushingly tight over-the-mouth gag that ensured she’s be silent when she was hoisted over her captor’s shoulder and paraded outdoors to the waiting car! Dumped into the trunk, the girl put up one hell of a fight, but it was all in vain! All she could do was hope that SOMEONE had seen her and called the police! Did her luck take a turn for the better? Find out in this hot scene! 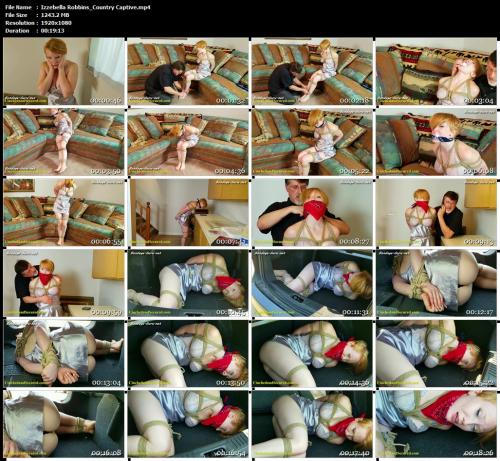