Poor Genevieve! How she got where she is doesn’t matter, all that matters is what’s going to happen to her now, and it’s unpleasant to say the least! Bound to a pole, the frightened girl has plenty of movement as she tugs, pulls and tries everything in her power to free herself, but she isn’t going anywhere. Her tormentor enters, removes her skirt and forces her to sit on a small wooden stool as he ties her feet to the legs of her seat. She wiggles and mewls, drooling like mad around the huge ball gag stuffed in her mouth. She’s embarrassed and anxious about being seen in just her pantyhose and panties, but things are about to get much worse! The man opens her blouse, binds her arms and upper body, and then her nightmare really begins! The stranger binds her breasts tightly! Genevieve has NEVER experienced breast bondage before, and she doesn’t like it one little bit! She’s sobbing and sniffling up a storm, especially after the man clamps her nipples! Now she’s absolutely in agony, tears pouring from her eyes, nose running, drool flying everywhere as she trembles and quivers, her legs bouncing up and down helplessly in reaction to the pain. She was sure things could not get worse, but she soon learned she was wrong when her captor removed the clamps! Now the poor girl is nearly hysterical from the pain, and her captor leaves her to endure the sensation of the feeling rushing back into her aching nipples as she cries into her gag. 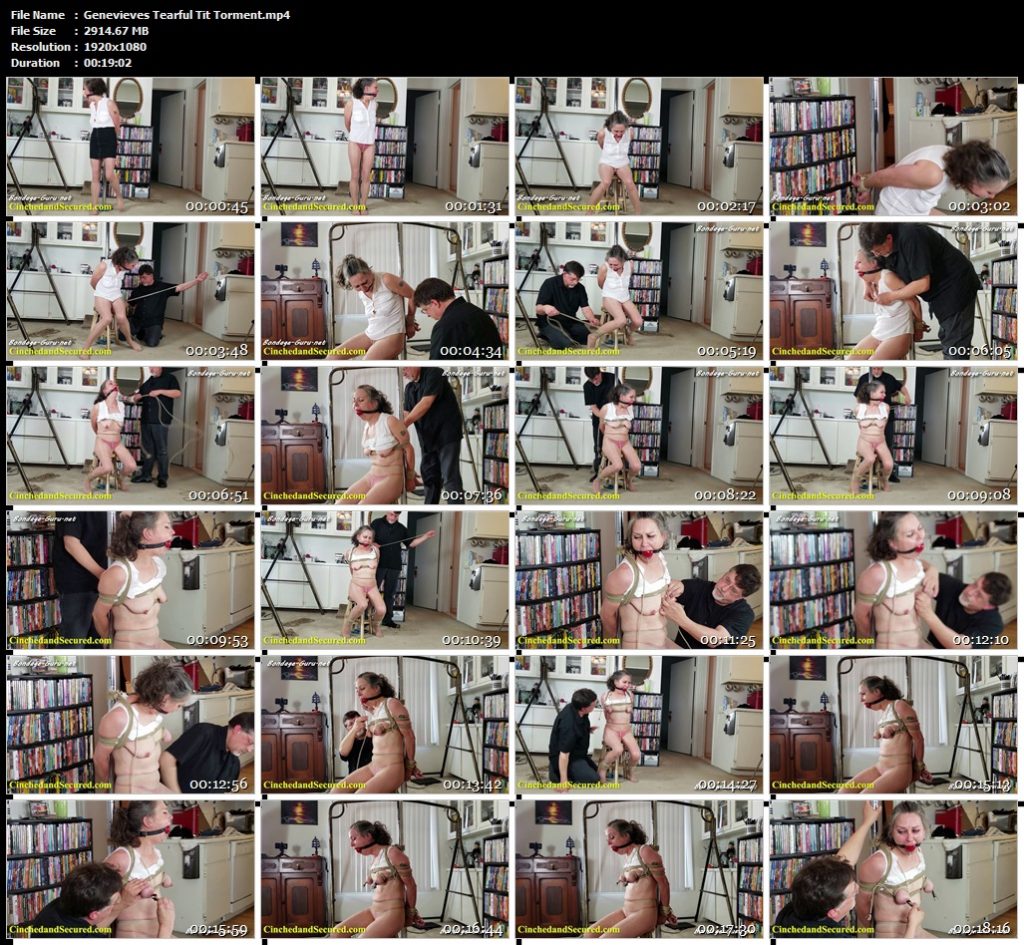