Cinched and Secured – Genevieve Pays With Her Tits

Genevieve has decided that she needed to cut ties with her step-daughter due to her habit of running up large gambling debts, skipping town, and leaving Gen to settle the debts with the various bookies and loan sharks who came to collect, always making sure to bind, gag and torment Genevieve in the process. Not having seen her step-daughter for months, she was surprised and dismayed to receive another visit from the loan shark, who grabbed her from behind and clamped a hand tightly over her mouth. Before she knew what had happened, she was brutally bound, her pleas silenced by a huge red rubber ball that was stuffed into her mouth and painfully stretched her jaws until she felt they would unhinge! The good news was that this would be the last time they came to Genevieve to collect on a debt. The bad news was that her step-daughter had ensured a nearly unlimited line of credit by selling Genevieve off into a life of bondage and sexual servitude overseas!! Desperate to avoid this fate, she thrashed, begged, drooled and squirmed, but all she managed to do was kick off her shoes. This displeased her captor, who returned and tied the shoe to the girl’s face! Now suffering the degradation of having to smell her own stinky shoe with each gasping breath, the fight quickly left the girl. This made it easy for the loan shark to put her into a nasty bondage predicament! Topless, her tits were bound until they ballooned on her chest, and then they were tied to a hook in the ceiling! The helpless lady had to remain on her tip toes lest she pull even more against the bondage that was rapidly turning her tits into a nasty shade of red! How long could she stand it, and would her new owners be any more kind? 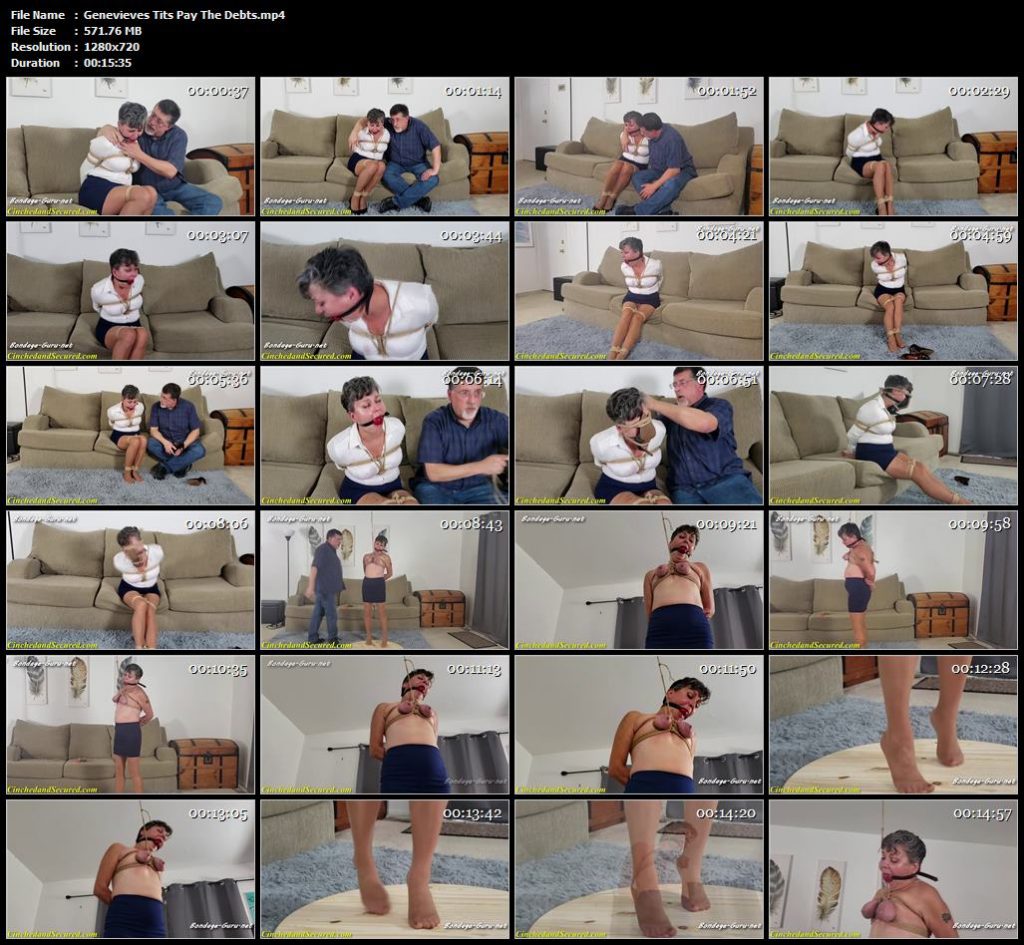