When Garnet slowly opened her eyes, at first there was nothing but the sense of confusion. This wasn’t her bedroom. Where was she? How had she gotten here? Why wouldn’t her limbs function? And what was jacking her mouth open so painfully and preventing her from speaking? Slowly, she remembered the man at the bar the night before, the strange way her drink had tasted, and the fogginess that had crept into her brain, and suddenly she know. As she surveyed her body, she saw that her limbs were fused together with tape, her elbows locked together, arms fused to her torso, her mouth crammed full of something, her face sealed in band after band of ultra sticky tape, ensuring she could not work the mass free! Knowing that no one would come to rescue her, she painfully made her way to her feet and began to hop through the strange home with agonizing slowness. She made it to the front door and freedom seemed within her grasp when the man appeared, tossing the helpless girl over her shoulder as though she were a mere toy! Once he had her back in the bedroom, he replaced her gag with a strange rubber bladder that filled her mouth and cheeks. The web of straps that cemented it to her face ensured she would not work it loose, and when the man began to squeeze the rubber bulb at the end of the hose, she felt the bladders expand rapidly, pinning her tongue to the floor of her mouth and rendering her completely silent. Breathing was a challenge as well, and she knew she’d have precious little oxygen to waste struggling. As she was roughly thrown on to the bed, she fought her best, but the cocoon was too tight, the gag too silencing. She struggled and lurched like a fish out of water, her body flopping about, but escape was impossible. Finally, when the man returned to remove the gag and wedge a rubber coated steel ring into her face hole, she drooled helplessly, knowing that before too long, something even worse would be sliding into the opening! How could she possibly escape?? 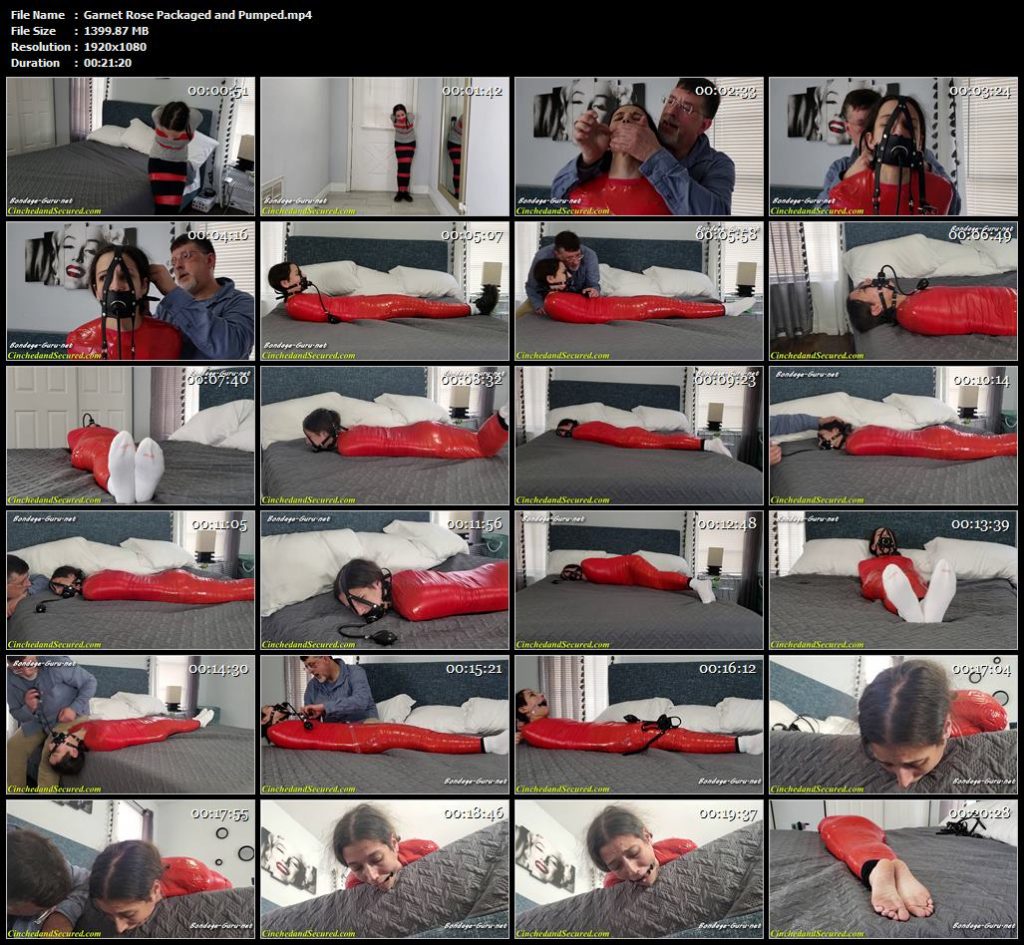 Jayda and the Blanket Bastard – Cinched and Secured