Fayth has been having one heck of a bad day! While her boyfriend was at work, a burglar broke into their home and left her bound and gagged after he ransacked the home! She spent HOURS struggling in the tight ropes, her jaw stretched painfully around the rubber sphere strapped in place to keep her quiet! Finally, she thought her ordeal was over when her boyfriend arrived home, but unfortunately, he didn’t believe her story! She gave him quite an earful, furious that he doubted her story and even more angry that he wouldn’t untie her, and HE grew angry and tired of her attitude! Only one way to fix that! He stuffed THREE huge men’s handkerchiefs into her yammering mouth and taped it shut with sticky, stretchy microfoam tape, and then hogtied her, promising to leave her that way until her attitude improved! Now in a blind rage,s he thrashed and struggled like mad, cursing into thegag and spewing a never ending stream of muffled gag talk as she tried to convince him to return and release her! Finally he did come back, apologizing for having doubted her. He had called the police and they would be arriving soon to check out the crime scene, but in the meantime, he had been instructed not to touch anything, including the bound beauty! She listened in disbelief at this turn of events, knowing she was in for who knew how many more hours of bondage before her ordeal was over? 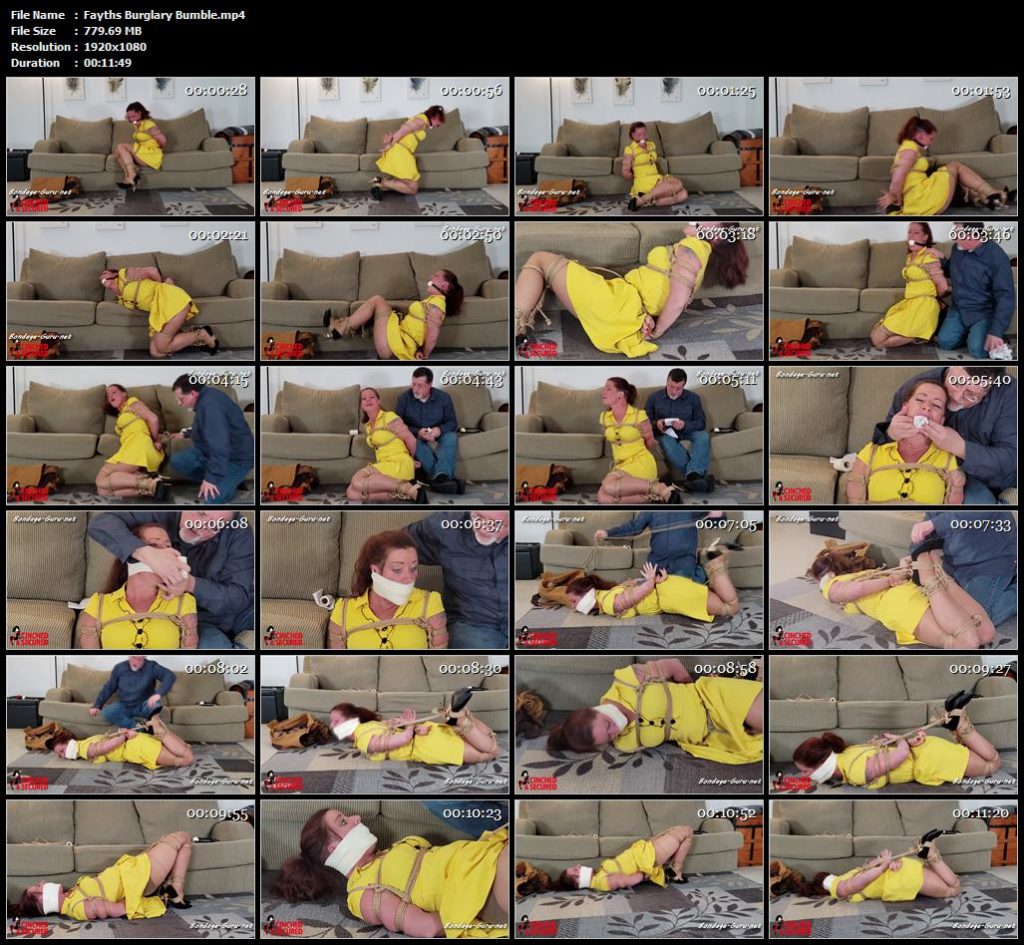 Security guard gets a painful & humiliating payback…. – Dominica, Fayth on Fire – Born to be Bound

That Bondage Girl – Rope Punishment For Fayth The Secretary