Dakkota has been one of my most treasured business partners, but lately she has been treating me very coldly and dismissively. Having started the business together, I thought we had each others trust and respect. As it turns out, I was very wrong indeed! She came to my apartment demanding controlling interest in the company plus a large cash bonus and raise. Of course, I was not about to agree to those terms, so she revealed her ace in the hole: Knowledge of my side gig in the bondage world, and her plans to expose my involvement to our VERY conservative investors! I couldn’t let that happen, so there was only one choice: Dakkota would have to join my bondage business, like it or not! As I clamped a hand over her mouth and dragged her away, I wondered if either of us knew what we were in for! Certainly Dakkota did not, and she protested for all she was worth, but the strict bondage held her limbs fast as I packed a massive amount of stuffing into her mouth and cleave gagged my former partner! Hogtied and helpless, she rolled about trying to free herself, furious at the way in which her well laid plans had fallen apart. She had no idea what was in store for her, but she was soon to find out! Stripped to her underwear, she found herself very tightly fused to a steel pole with endless amounts of rope and tape, and as she again tried to “negotiate” with me, she found her mouth once again stuffed to bursting and her lips sealed with several winds of ultra sticky microfoam tape! Her cheeks bulged out over the top of the gag that now held her head fast to the pole, and she struggled feebly, her eyes brimming with tears of frustration and despair as she contemplated her new position in my organization: bondage model for life! 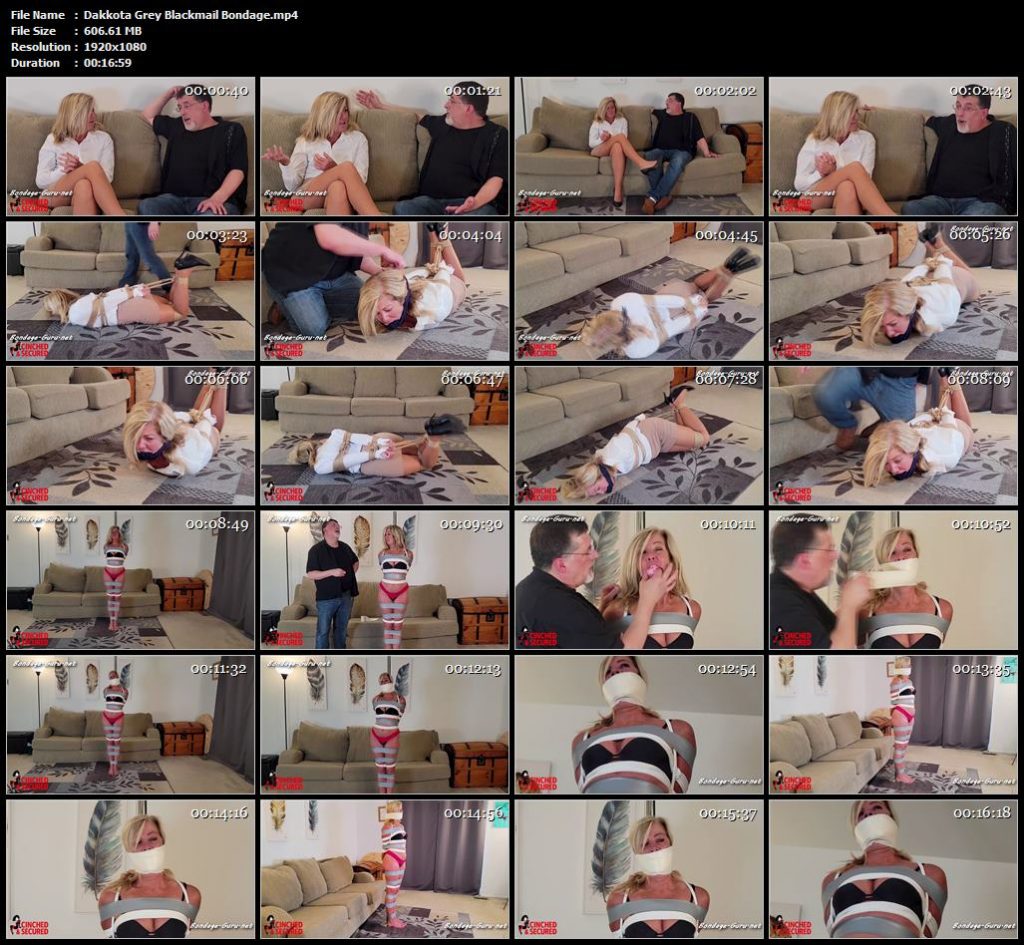