Biker Babe Dahlia Lark looks great in her skin tight leather pants and leather jacket, but that isn’t going to save her today! Seems her boyfriend, leader of the gang, has stolen something very dear to me, and unless she tells me where it is being stored, she won’t be going anywhere! Tied spreadeagled to the bed, she thrashes like a hellcat, furious at being bound. She curses me out until I pack her mouth to bursting and tape it shut with strip after strip of red tape, turning her steady stream of threats into muffled angry grunting! She really starts fuming when I open her jacket and reveal her big tits! Humiliated and incensed, she gag talks up a storm, so I decide to teach her a little lesson by repeatedly pinching her nose closed and cutting off her complaints like a switch! Of clourse, breathing is nearly impossible, and as her lungs burn and she lunges in her restraints, she quickly grows to understand that I am going to get the info I want…at any cost! When she finally breaks and tells me what I want to know, she expects to be released, but of course, that isn’t happening! She’ll stay right where she is until I get my stuff back! In the meantime, she gets her head wrapped in black tape, plunging her into darkness as her vision is removed! And of course, she gets aher nose pinched shut to show her just who is boss! Left to struggle in vain, she wonders if I will ever return, and just what I will do if I do! 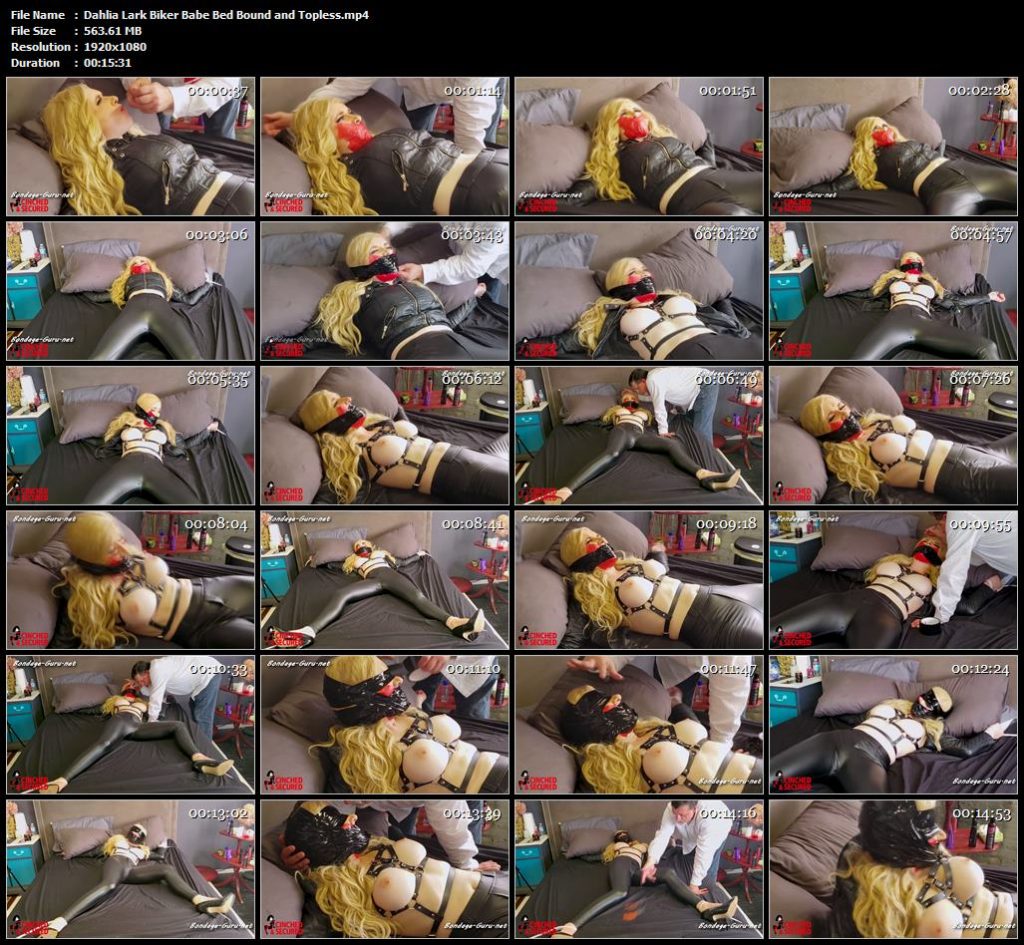 Cinched and Secured – Dahlia Lark – That Hogtie Is As Good As Gold!