Autumn was resting at home, assuring her persistent step-mother that she’d be careful because of the recent rash of home break ins, but no sooner had she hung up the phone when a hand clamped over her mouth! Destined to become the latest victim of the madman, Autumn was grabbed, and groped, the rough hands on her body and clamped over her mouth providing a taste of the torment she was about to endure! Made to strip to her bra, panties and socks, she was roughly bound by the intruder and her mouth filled with a fat bit gag, turning her grunts into gurgling moans that no one would ever hear beyond the walls of her apartment! She struggled to work the ropes off her nubile young body, but the intruder had tied her far too tightly. Her only hope was to escape. She carefully worked her way to her feet and began to hop to the front door when her assailant returned. He was quite accommodating, deciding that if she wanted exercise, he’d REALLY give her some! Tying a tight crotch rope on the girl, he pulled her around by her humiliating leash, making her hop in tight circles just to ease the strain on her poor pussy! Having had enough of her insolence, he hogtied the girl in a tight, cross-ankled tie, even threading rope through her hair and tying her head back to her feet! Left to struggle her way to freedom, she ruefully reminded herself that sometimes, Step-Mother does know best! 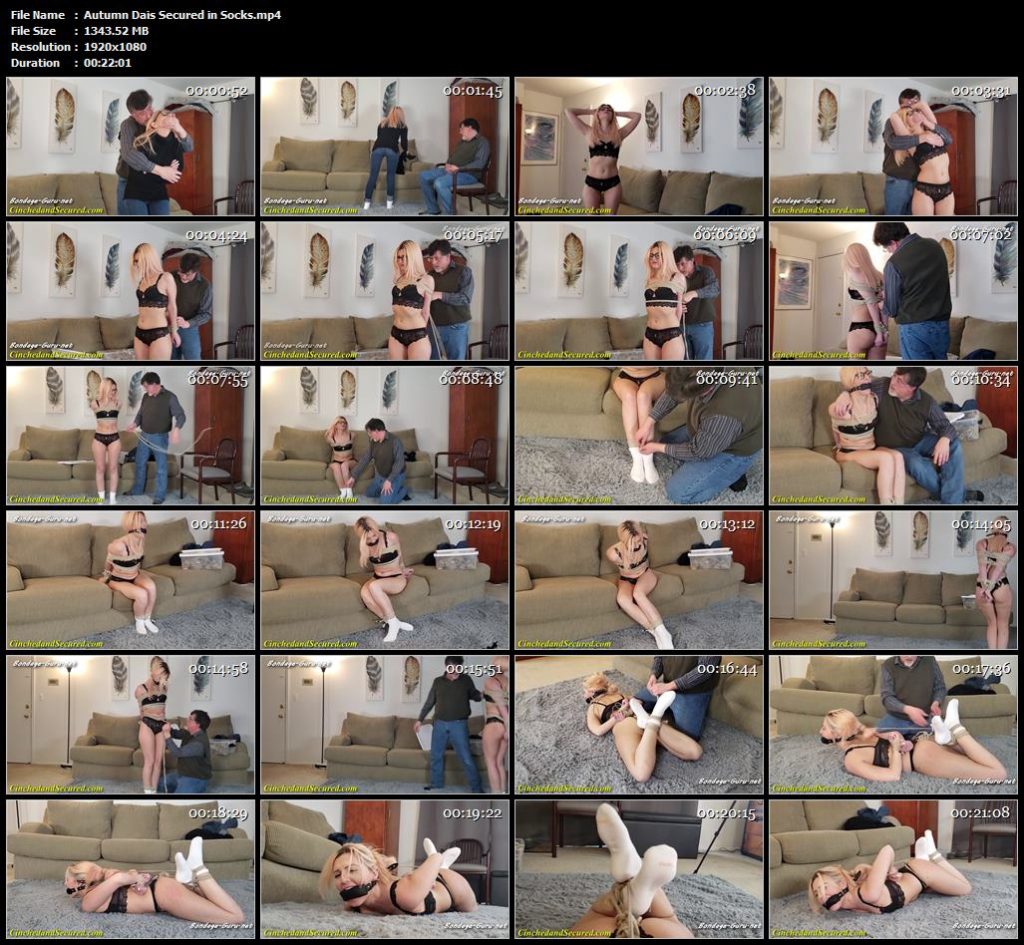 Riley Jane – No Way Out – Cinched and Secured

Cinched and Secured – Judas – You’re Not My Boyfriend!!