Chrissy has been captured and taken to a creepy hideout where she awakened to find herself tightly bound in tape. The scene begins with Chrissy begging her captor not to hurt her and please let her go. He stuffs panties in her mouth to shut her up, mentioning they were from the last girl he took which makes her eyes go wide in fear. Then he wrap around tape gags her tightly to seal them in. He leaves her there alone, scared and struggling desperately to escape from the tight tape, eventually finding herself on the cold hard floor where she struggles and squirms in her tight jeans and white ankle socks.

Despite her best efforts she cannot manage to break free from her bonds. She tries to cry out for help but realizes no one will be able to hear her through the tight tape gag and the panties filling her mouth. She’s truly helpless and afraid of what going to happen to her. Later the bad man returns and tells her it’s time to go for a car ride. She doesn’t like the sound of that and attempts to scream but the gag continues to do it’s job. He picks her up and she furiously struggles and kicks her socked feet as he carries her away to her uncertain fate. 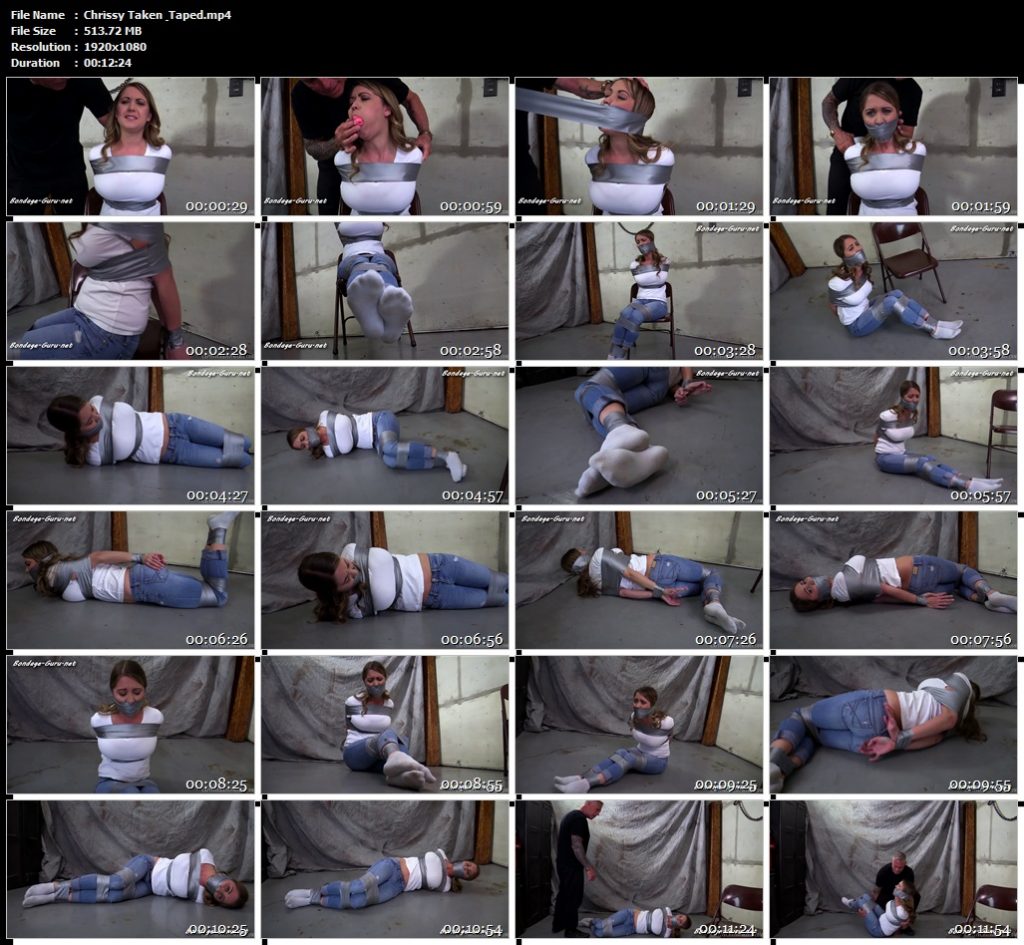