Chrissy is standing bound with her arms stretched overhead and her ankles tied spread apart. She is also gagged and blindfolded as she helplessly struggles and mmmpphhs in fear and trepidation. She has no idea what her captor plans to do with her! A couple minutes later the man returns and proceeds to pull her strapless dress down to reveal her breasts. He then pulls the bottom of it up showing her blue panties and leaves it around her waist. He starts to run his hands sensually all over her body. At first she tries to resist but soon she can’t help but enjoy the sensations of him fondling her. He gives her a few smacks on the ass that are well received, so he takes it a step further and pulls her head back by her ponytail causing her to moan in pleasure. Now that he has her in the right mindset he leaves her struggling and squirming in anticipation of what he is going to do to her next! 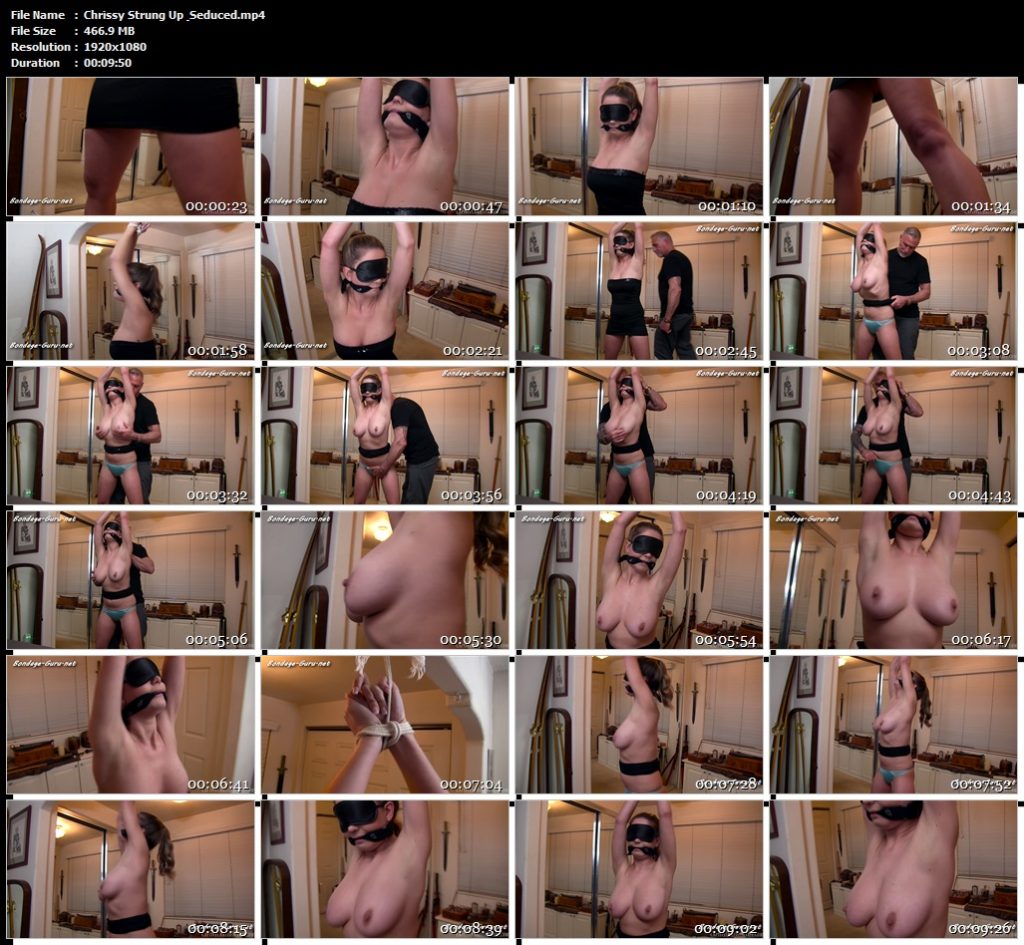