Chrissy and Stevie thought they were showing up for a standard glamour photoshoot, but before they knew it they woke up bound and gagged side by side on the bed! The ‘photographer’ must have put something in their water to knock them out! As they slowly come to they become panicked by their predicament. Chrissy and Stevie struggle to free themselves but they are tied too tight, stretched out with their arms over head, bound hands and feet secured down to the bed so there is no chance of escape! Sounds of distress emanate from their gagged mouths as they helplessly squirm and roll around on the bed, scared and confused as to what’s going on and what danger lies ahead for them!

Later the ‘photographer’ returns. He had been preparing his dungeon for the next part of their adventure. He tells them this is not their basic photoshoot and he has plans for them so they won’t be going home anytime soon! Chrissy and Stevie really don’t like the sound of that! He pulls up their tops and gropes their exposed breasts and they struggle and protest through their gags. Then it’s time to subdue them again so that he can move them to the dungeon without them putting up a fight. He takes a rag and holds it over Chrissy’s gagged mouth and nose. Stevie watches as Chrissy’s struggling slows and her eyes roll back then her body goes limp. Knowing that she is next she struggles violently to get away from the man but he easily overpowers her and knocks her out too. He unties them from the bed then cradle carries them out of the room one by one! 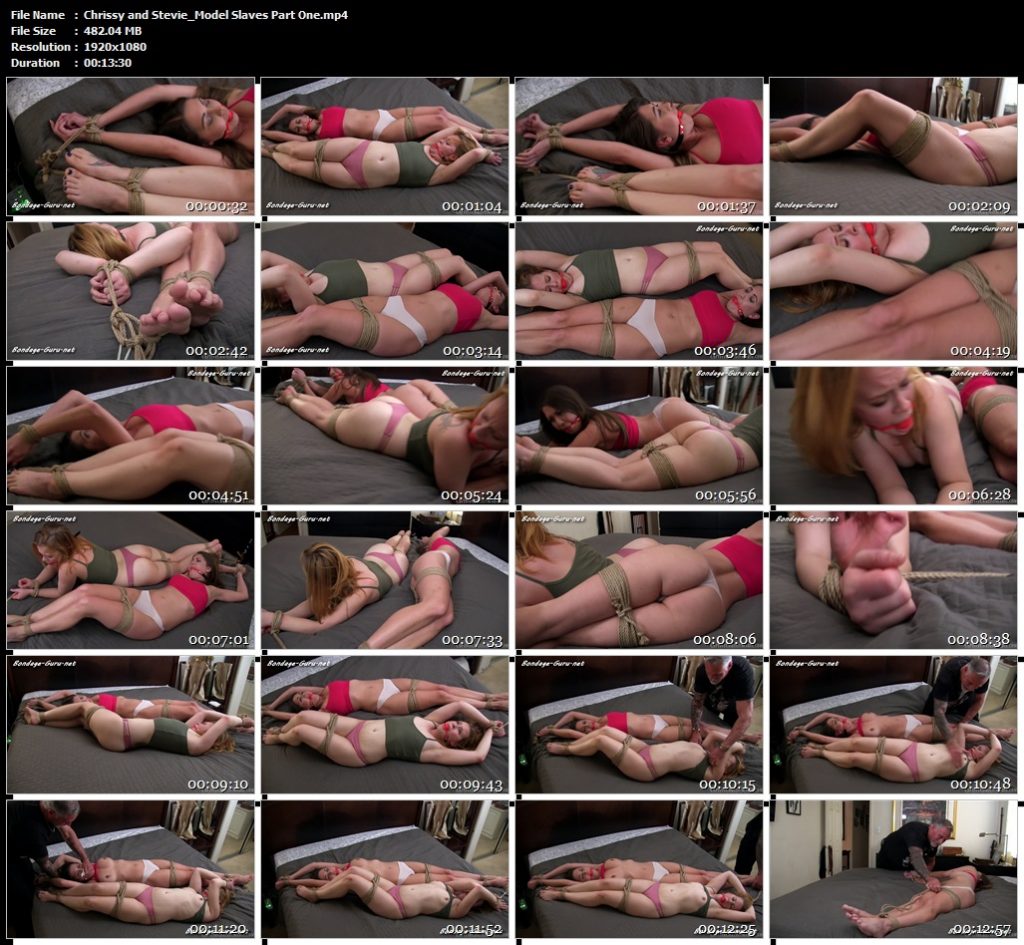