Chrissy stands at the post naked and ballgagged, her arms stretched overhead and cuffed wrists secured behind the post. Her ankles are also bound with leather cuffs and chained apart to keep her legs spread. She knows why she is there and she is clearly not happy about it! She struggles in fearful anticipation of the punishment she is about to receive. The Master comes in and roughly gropes her exposed and vulnerable body. Then he takes out the flogger and gives her a thorough flogging to breasts, belly, thighs and pussy. After he decides she has received enough of a beating he takes out the pinwheel and tortures her by rolling the sharp spikes across her sensitive nipples and then slowly down her stretched body to her shaved pussy. Next he takes out the dreaded clover clamps and attaches them to her nipples as she cries out in pain. He knows using these is enough of a punishment on their own, but he torments her even further by adding a large padlock to the chain and making her swing it around. When he finally removes the padlock the nipple clamps don’t seem as bad anymore. until he pulls on them! Finally he gives her a break from the punishment to pleasure her with the hitachi magic wand, pushing it firmly against her sweet spot until she orgasms. After she cums he doesn’t hesitate to go right back to the torture by removing the nipple clamps. Chrissy thinks the worst is over now but then he leaves her there still bound and gagged. It seems her punishment is not over yet! 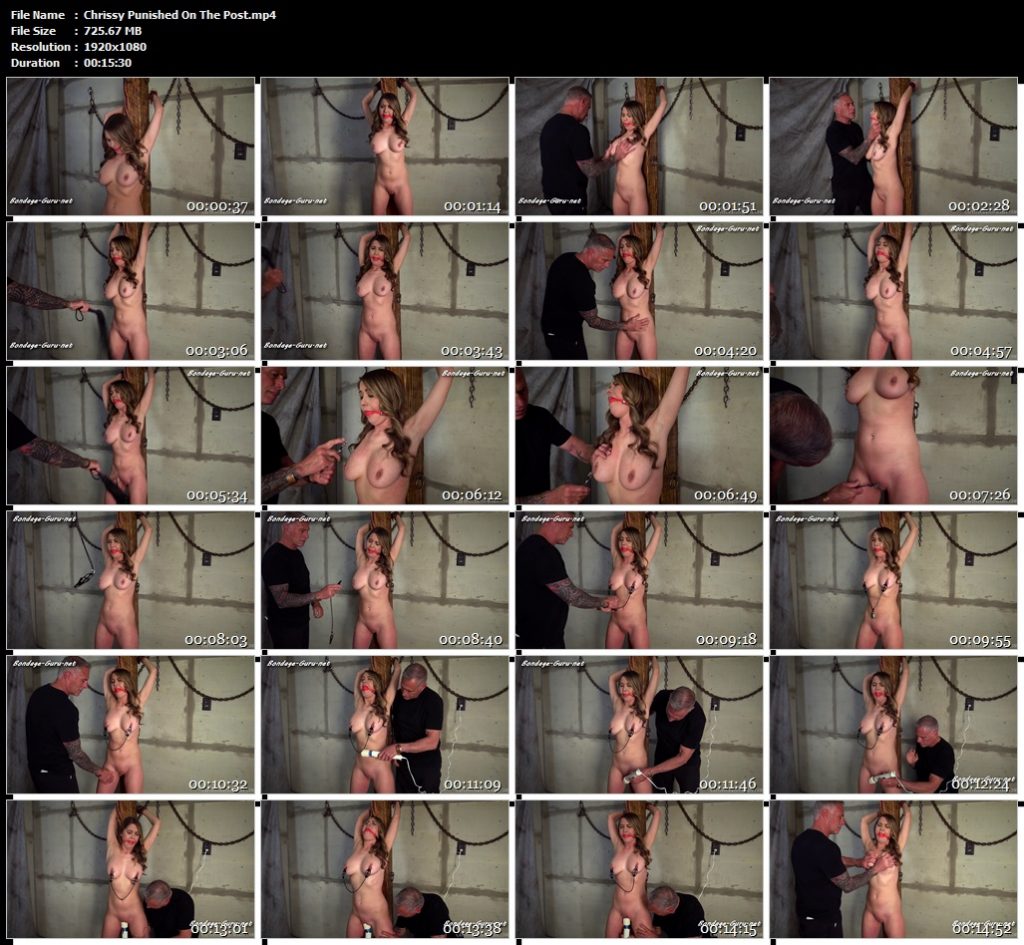