Chrissy is the victim of a home invasion and the intruder has already forced her to strip completely nude. She is trying to cover herself with her hands, resisting his orders to expose herself until he threatens her into complying. Chrissy is extremely embarrassed as he ogles her bare breasts and ass, begging him to take anything he wants and just leave her alone. When she cowers and attempts to cover herself yet again he realizes he’s going to have to do something with those hands! Chrissy ends up with her wrists bound and arms stretched overhead so that she is fully exposed against her will. The intruder doesn’t hesitate to take full advantage of her vulnerability as he thoroughly gropes her naked body. “No please, not my nipples!” she pleads as tortures her perky nipples for his enjoyment. Next he turns her around and begins to spank her as she begs him not to spank her bare ass! Then as if it couldn’t get any worse he turns her back around and forces her legs open so that he can grope and slap her exposed pussy. Chrissy can’t believe this is happening to her and has never felt so helpless and humiliated in her life! The intruder takes a break from playing with his helpless victim to get what he came for… all of her expensive jewelry and valuables! He promises to return for more before he leaves, leaving Chrissy hopelessly struggling and fearing what he plans to do to her next. Or even worse… he could just leave her there tied up completely naked for someone else to find! How humiliating would that be?!?!! 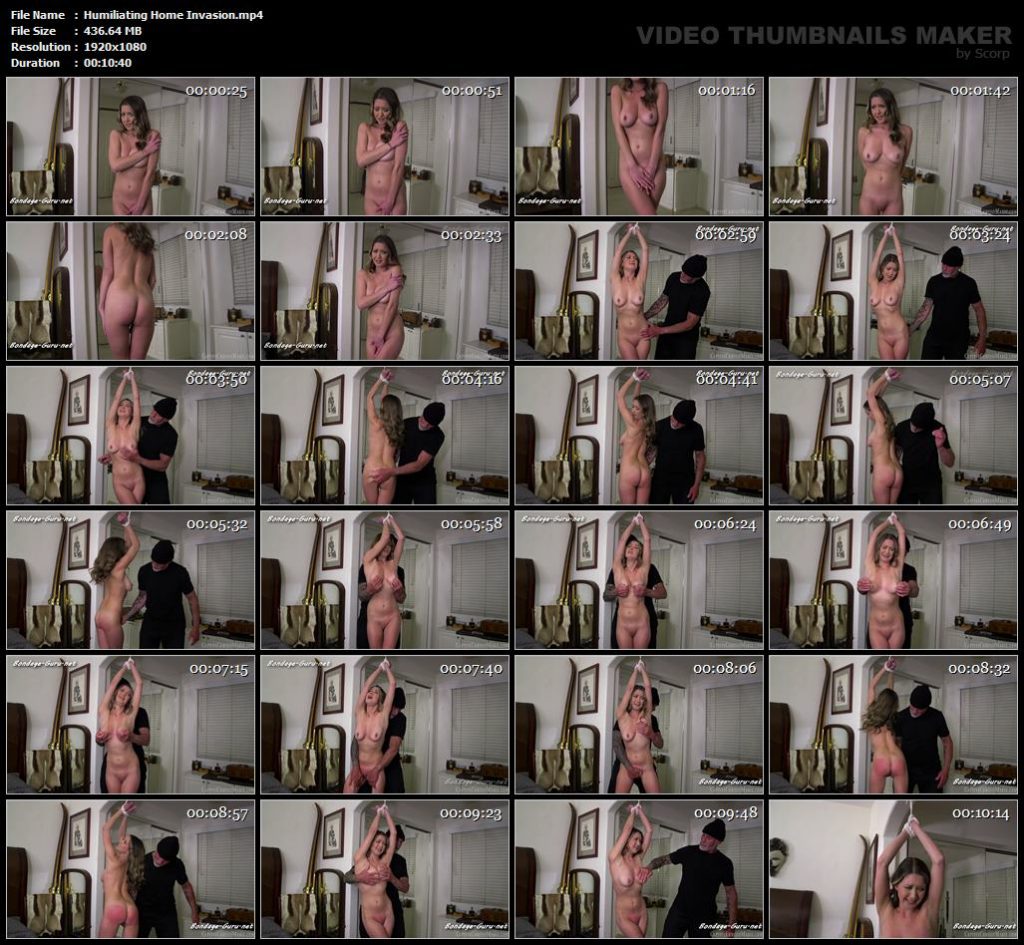