Chrissy is still bound on the massage table with her arms stretched overhead but her legs are now frog tied and secured down to keep her legs spread. Her Master clutches her upper belly just below the sternum, then slowly drags his clawed fingers down the mid-line all the way to her pussy. He repeats this several times, slightly varying his starting position. Chrissy is then pleasured with a pink vibrating dildo until she climaxes. Next he uses the Hitachi wand again. As before, her Master incorporates plenty of belly action while using the devices, including some belly button poking as well. He synchronizes his manhandling with Chrissy’s orgasmic reactions to the pleasuring devices as she is forced to several more bound orgasms. 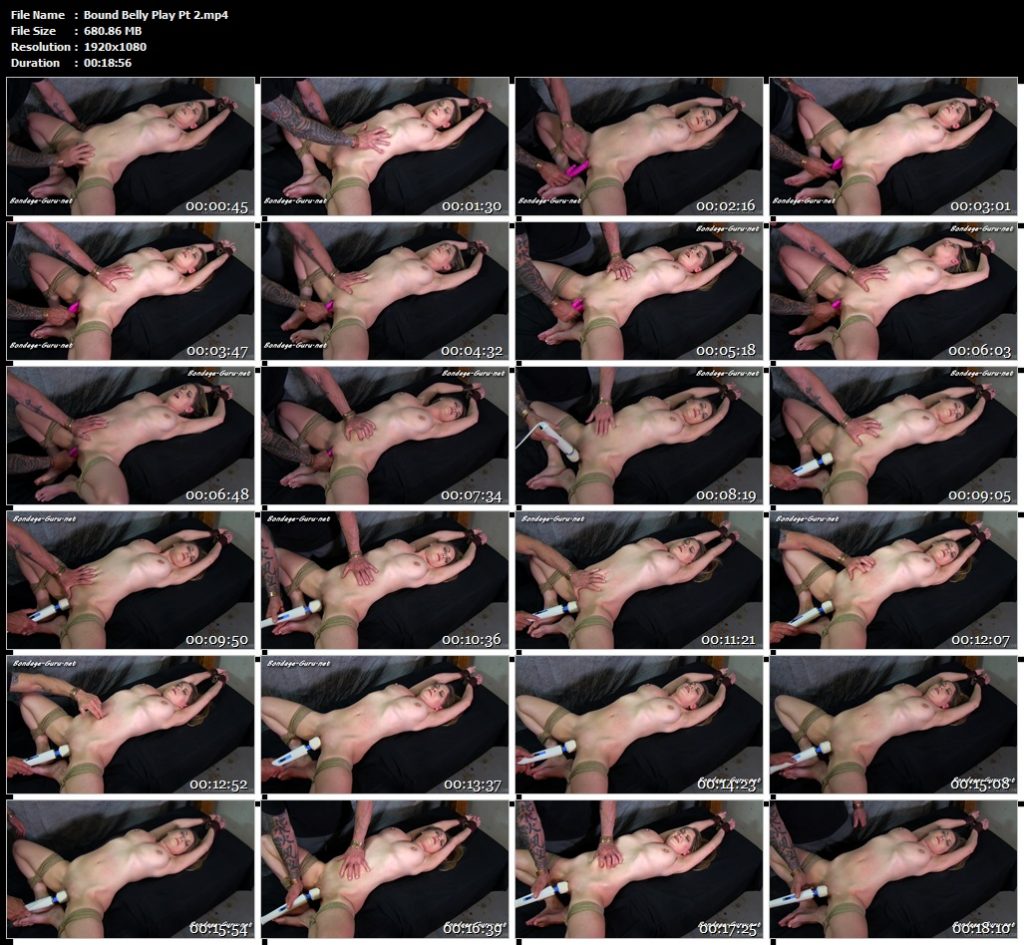