A man has caught Cassandra snooping in his hotel room. He has her hands tied and she is ball gagged as the man calls someone in an attempt to figure out who she is. Later, he learns that Cassandra is a new reporter who has seen too much. He cannot let her go. So he ties her more secure and stuffs her mouth to gag and muffle her better. In the end he leaves her tied to a chair with her big tits out until he can figure out how to deal with her. 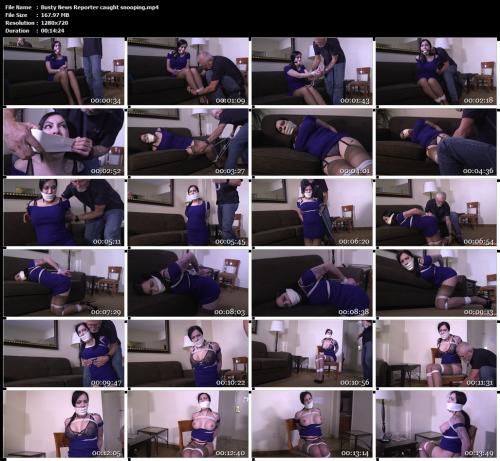