Chrissy is naked and bound with her arms stretched over head and legs secured down to the floor with her torso arched backwards over the bondage table. The ‘torturer’ begins by running his hands all over her body. He then decides to focus on her belly where she is continuously groped, squeezed, and slapped. After a while, she is also massaged and slapped on the pussy. Her lower belly and pussy area are continuously and simultaneously worked over until she cums. The torturer brings out a flogger and uses it all over Chrissy’s front, from breasts down to thighs. He tells his victim that this is only the ‘warm-up’. He also uses the quirt, riding crop and leather slapper, again focusing on Chrissy’s lower belly. He is slow and methodical, and plays with his victim by varying the intensity of his strikes. Occasionally he targets the pussy. When her belly is well reddened, her favorite vibrators are used to pleasure her. She is forced to several orgasms using a double headed vaginal and clit stimulator as well as a hitachi. He also simultaneously gropes her lower belly area during part of the scene which really takes her over the edge. After he is done playing with her he leaves her there to recover, still exquisitely stretched and erotically restrained. 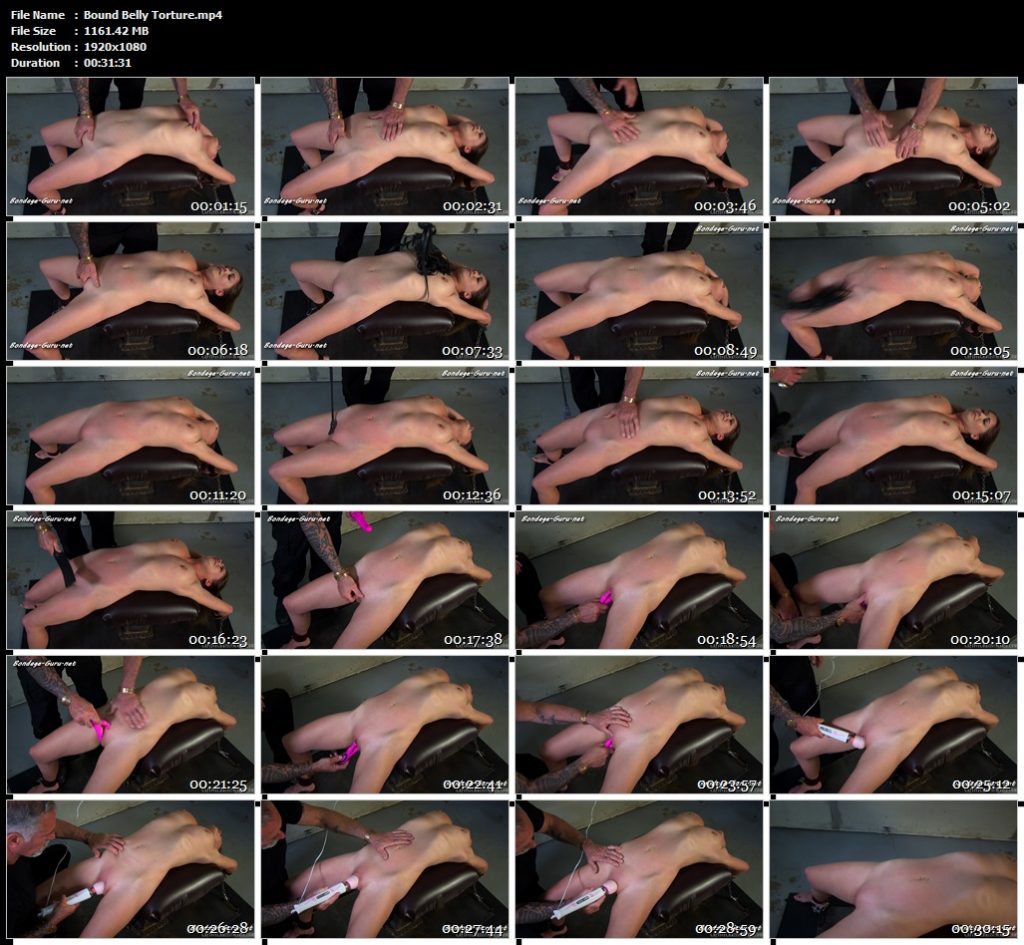