Executive Macy Nikole is hard at work deep in concentration. What Macy doesn’t realize that the janitor she likes to degrade is lurking behind her. Macy is quickly overpowered and has her elbows and wrist bound tightly behind her back. Next Macy has her ankles bound before she is gagged with a bandanna. As Macy struggles and fights she is helpless to stop the janitor as he adds more rope to her knees and adds a tight and embarrassing crotch rope. Macy is then left in her embarrassing situation abandoned to be found by a stranger or a her coworkers hopefully many hours later! 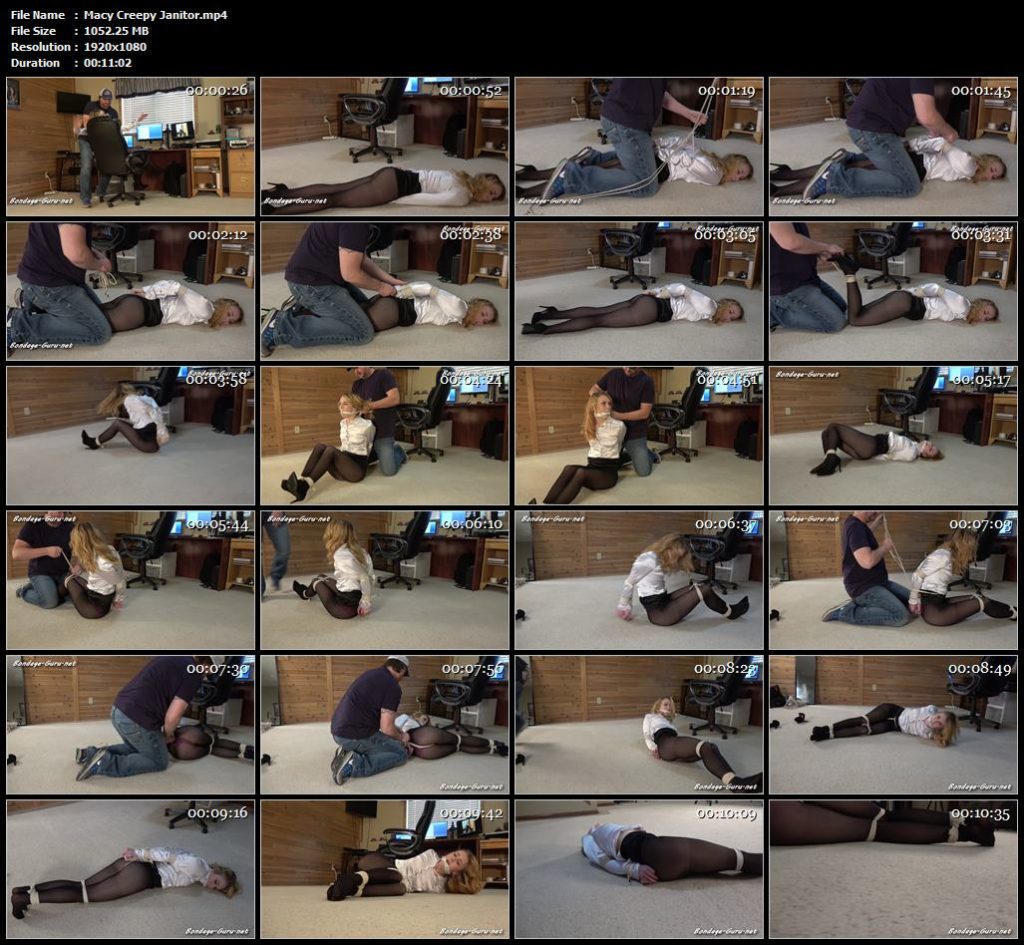 Jennifer Struggle or Else – Bondage Mischief