Bondage: JJ Plush, Born to be Bound – You’ve got the wrong person

JJ is relaxing at home when a bailsman enters her house and says that she is coming with him. Confused, she doesn’t put up too much of a fight as he searches her and puts zipcuffs on her ankles and wrists as well as a black panel gag with a ball. She inches out towards the door and then is next shown in the truck. He says she has a long drive to where she was arrested. JJ argues through the gag that she has never been arrested and he basically tells her she is a liar. He stops the car at one point to seatbelt her in homing to keep her in place. Finally he calls her Jamie, but Jamie is her new roommate. She tries to explain it but through the gag he doesn’t really understand and he says, “I saw photos of you Jamie, a mature busty blond, I know it is you”. They finally come to a stop. Now she can put an end to this madness. 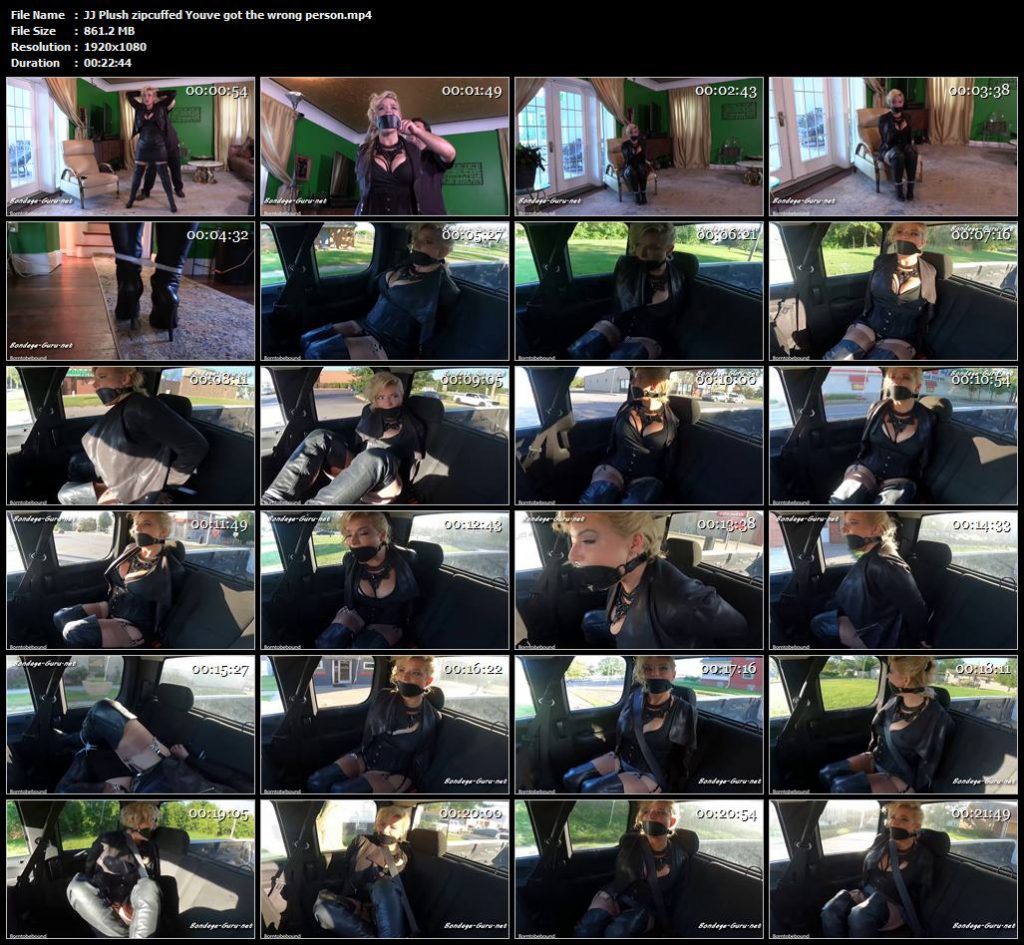 You can’t leave me here cuffed up! – Bondage: JJ Plush, Born to be Bound

Happy 41st birthday to me – Bondage: JJ Plush, Born to be Bound

What is going on here? – Bondage: JJ Plush, Born to be Bound