I got taken to jail in a small town on the way to a bachlorette party in Detroit for speeding and having unpaid tickets. I thought it was strange that I was in handcuffs and leg irons but I was sure that I could pay my way out of this mess. I was on my best behavior when he pulled me over but it was obvious he was not going to let me off. I complied but I had no idea the cop was dirty and there was no sense of justice in this place. He planted some drugs in my pantyhose when he searched me! I couldn’t believe what was happening. He even said his uncle was the judge. I told him that my dad had money and would pay him to get me out of this trouble. I told him I knew lots of people with money that could help him. He didn’t seem interested. He kept accusing me of being a prostitute and prostituting in his little town. He decided he was going to have his own type of twisted fun with me before letting me go. He kept groping me. He put a huge gag ball in my mouth and made me drool all over myself. He put ropes on me knees and squeezed my boobs together tightly with a weird metal device. He took that ball out and wrapped some bandaging around my head and it dug in deeply to the corners of my mouth. He made me stand up and tied my arms together all the way so that my elbows were touching. He put a rope through my wrists and pulled it up to a ring on the ceiling and pulled my arms up high. It was light some kind of ancient torture. He got me down from there and took that gag off. He stuffed my mouth with a huge pair of panties. His? Another ladies? I have no idea. He wrapped those in tightly with a weird tape that was touching the bottom of my nose. I was in a panic wondering if he was going to kill me. He even had the nerve to pee with me in there. Luckily it was into the toilet and not on me. He pulled my knees up to my chest and tied me like that. He tipped me over tying me in a little ball. The ankle chains bit into my skin. I couldn’t move at all like this. I was totally helpless and just had to hope he would come back and just let me go….Every minute dragged on like it was a day! I don’t even want to talk about what happened next but he finally let me go the next day and all of my tickets were magically erased and I didn’t have to pay to get my car from impound. I got rid of all of my club dresses and I always follow the speed limit. I never told anyone I was so ashamed. He videotaped it to watch later and to show to his uncle. I’ll just die if it gets onto the internet and someone recognizes me but I doubt that would happen since there would be evidence of the horrible things he did to me. 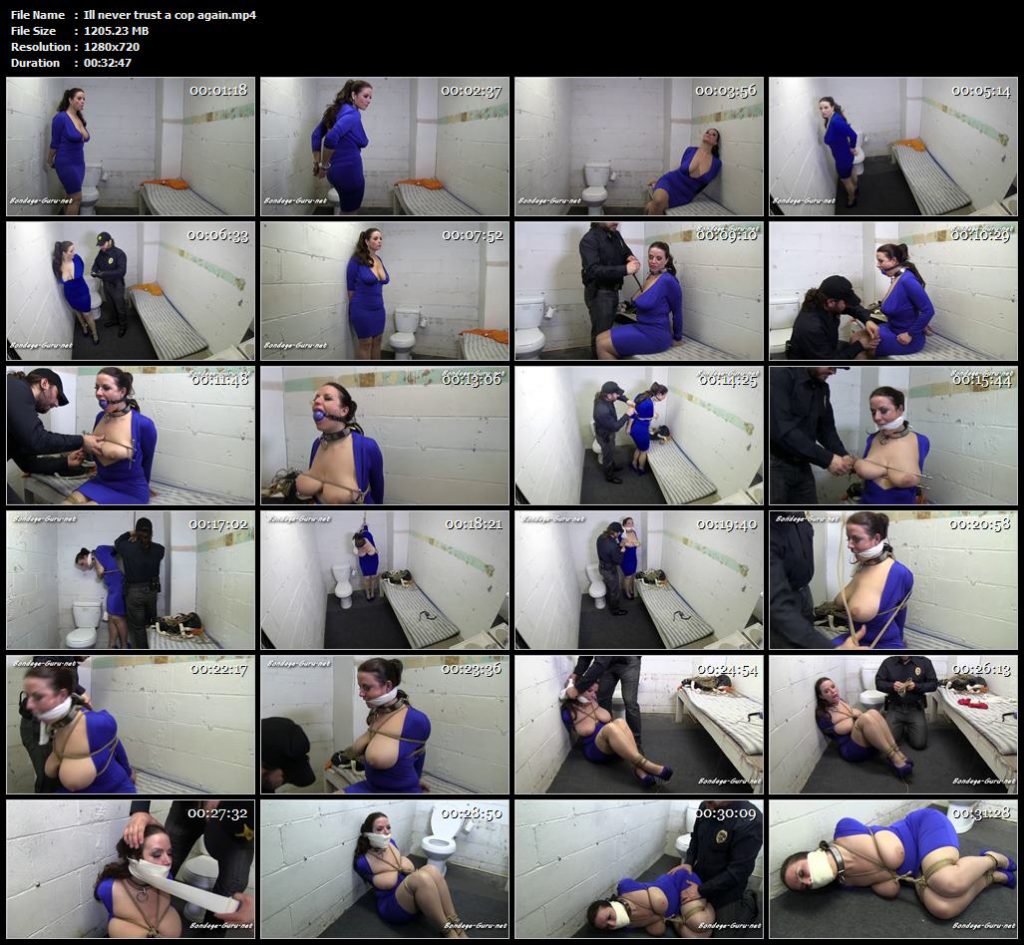 You can’t leave me here cuffed up! – Bondage: JJ Plush, Born to be Bound

More from Boundcon Feringapark in the fall – Bondage: JJ Plush, Born to be Bound

You can not dress like that here – Bondage: JJ Plush, Born to be Bound

Bondage: JJ Plush, Born to be Bound – Surprise, surprise they both love bondage