Emi and her partner are watching a man involved inn espionage against their country. Believing the man has gone to sleep, Emi tells her partner to go get them both something to eat as she stays to keep an eye on things. But only seconds later, Emi hears him return. “Back so soon!” she tells him. But it isn’t her partner, it is the man they have been watching and it turns out that he is on to them. The man grabs Emi and ties her up very tightly. Then to shut her up, he stuffs her mouth and tapes her up to gag the secret agent. The man leaves Emi to struggle bound and gagged as he waits for his partners to help him get rid of her and her partner. Sometime later, the man learns that he needs to go assist his partners as they grab Emi’s partner. So to make sure she stays put, he hogties Emi on the floor. Also seeing that she is making progress at getting the gag out of her mouth, he straps a ball gag tightly between her teeth. Then as an added humiliation, the man pulls Emi’s top down to expose her boobs and crotch ropes her. 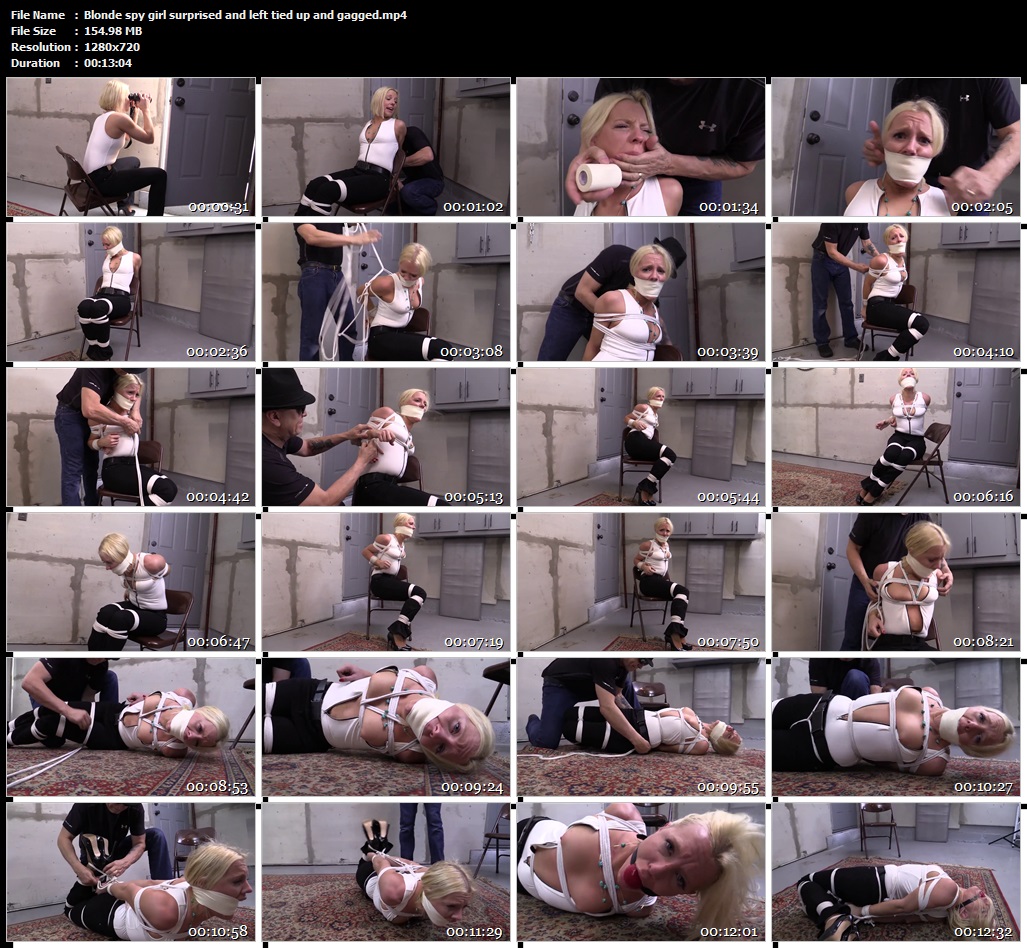