Cassandra was trying to get away from some bad people. But somehow, they have tracked her down. She is talking on her cell and does not realize that there is man in her hotel room, sneaking up behind her. When she hangs up, he grabs her. A short time later, she finds herself tied, gagged and struggling to get loose. She knows that she needs to get away before this guy loads her in his car so he can take her back to the people who sent him for her. But she is tied up tight and there is no way she is getting away without help. The man keeps her hogtied with her big boobs out as he waits for it to get dark outside, so he can load her up without anyone seeing what is going on. 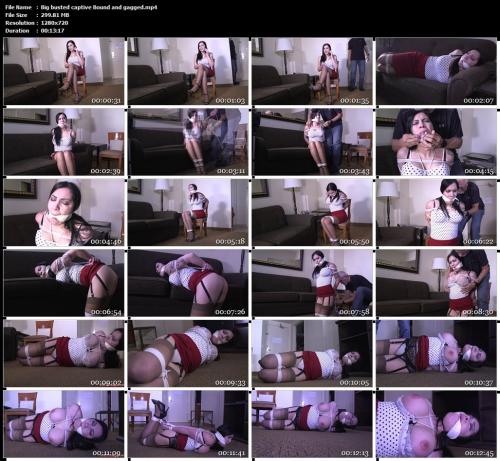