Jamie and her brother in law do not like each other. Today, he come in to find her tied up and gagged. At first he thought something really bad happened to her. But when he removed the gag, she told him that his sons tied her up like this and left her. But then after questioning her, Jamie admits to him, that she let them tie her up. But when Jamie starts to complain too much, her brother in law realizes he liked her better when she was gagged. So, he stuffs her mouth and ties the rag back between her lips. Then since his wife and will be out for some time, he decides to humiliate her sister in law. After all, he knows she will not say anything to her sister about this. because she might be more mad to know Jamie let her boys tie her up in the first place. At one point, the brother in law stuffs and tapes panties in Jamie’s mouth to re-gag her. Then finally, he leaves her bound and gagged with her big boobs out and her pants pulled down. 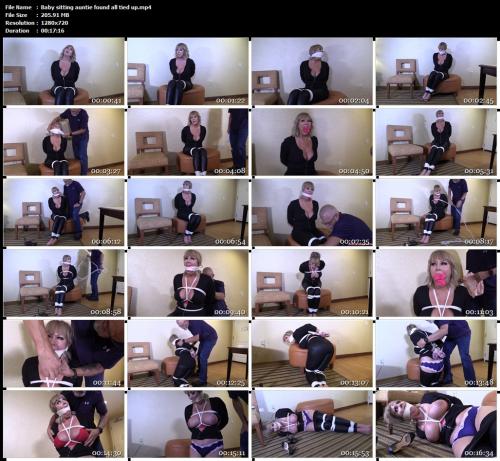