When the burglar broke in and tied her to the chair, Ayla thought the worst thing she’d have to endure would be a few rope marks and some minor discomfort. When she refused to divulge the combination to the safe, however, she had no idea the price she would pay for her stubborness. Now, stripped to her underwear with her mouth filled with a bright red ball gag, she’s learning just how painful a little rope can be, especially the one buried deeply in her crotch and pulled high above her! Each time she refuses to tell the burglar what he wants to know, he pulls the rope higher and higher, until she can’t even rest in the chair anymore and her poor legs tremble and spasm as she tries to take the weight off her aching pussy! How long can she stand it? 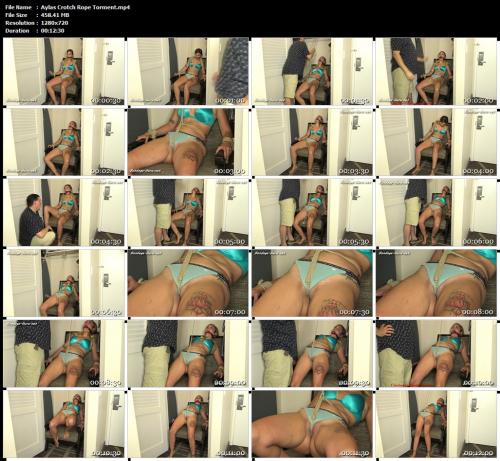