Once again, stunning buxom Kat Augustine (played with efficacious tenacity by Chanel) has a compellingly sordid scoop regarding a harrowing incident involving young sleuth Nancy Brew (given innocent form by busty beauty Ashly). Kat begins her webisode by introducing Nancy to her audience as they discuss the young detective’s latest investigation, which culminated in her getting bound, gagged and toyed with by a crazed criminal. Kat is, of course, quite experienced in solving crimes whilst getting into bondage often with an erotic twist! The pair talk through the recent experience and hope that this crook gets caught soon. Once, Kat is done she shuts off the feed and gathers her notes when behind Nancy lurks a menacing masked man, presumably the freak who previously had Nancy in his clutches! Before she knows what’s happening, Nancy is savagely handgagged and forced to pin her arms behind her back. Kat whirls around and is shocked, but is also an old hand at this sort of engagement and remains calm. The masked man then orders the girls to gag each other with ballgags, which they reluctantly do. Then they are forced to strip out of their clothes until nude, another task they aren’t thrilled about, but comply given the circumstances! The evil intruder then binds them with rope, first just tying their wrists, before fondling them ALL OVER. He then ties their tits in a simple breast binding and gives their bodies another thorough groping. Ordered to march to another area, they do what they’re told and sit down on a couch, looking very sexy together in a kinky way! Then the malevolent masked menace takes them both as their tits dangle over a chair, boobs bouncing up and down as he squeezes them. Looks like Nancy’s ordeal isn’t over and she’s probably thinking about getting better locks right about now!

Kat and Nancy remain bound with rope and ballgagged and have been placed in the 69 position. The masked man’s hand reaches out and gropes and spanks the helpless hotties. He conveys his intent to leave them this way for a time and departs while the ladies strain and writhe. Their beautiful bodies are examined from every angle along with numerous lingering closeups of all their alluring assets! Eventually, the masked man returns and orders them to sit as he fondles them before ordering them to hop to a couple of nearby chairs. The bound beauties hop, boobs bouncing until they reach their destination. Once seated they wait as they end up bound to the chairs with dildo vibrators stuffed between their thighs. Feeling the vibrations, the ladies struggle as the pleasure meshes with their thoughts of helplessness. The masked man then removes the ballgags from their mouths, handgagging and fondling them before stuffing their mouths with panties. Then tight wraparound tapegags silence them as the masked man feels them up before letting them know about the vibrators. Turns out this special type of vibrator is attuned to their orgasms (don’t ask how!) and as long as they keep experiencing pleasure they’ll be fine, but as soon as they stop, he claims there will be dire consequences. Then he’s gone as they desperately struggle and are examined from sexy head to toe. Could this be the final case for Kat Augustine and Nancy Brew?! 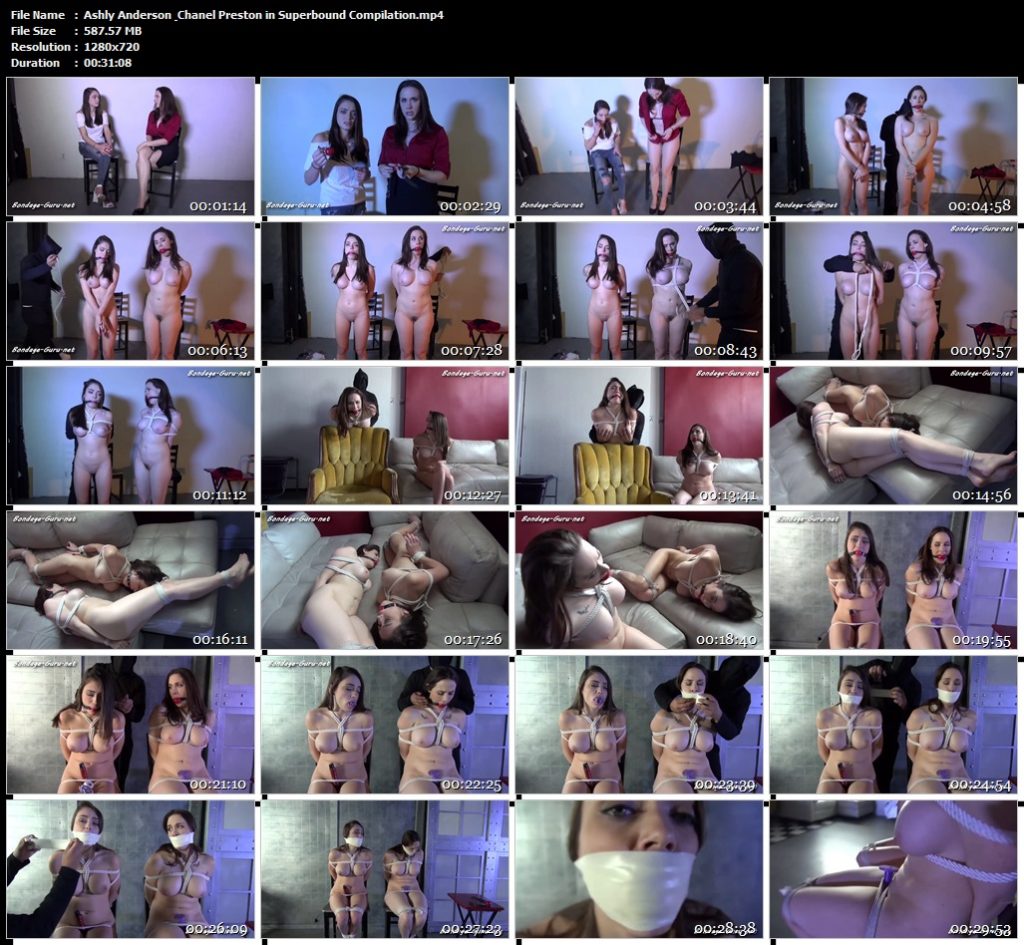