Ashley Lane know it is not going to be a good night when it starts out with a big man dragging you into a creepy basement by your hair. When He ties her and behind the back and around a pole Ashley fears are confirmed.The Man tells her to stop yell, no one can hear her but him, and he doesn’t want to hear it. Ashley’s is tape gagged and her elbows are tied behind the pole. When the man is done Ashley’s ankles and knees are tied together and she is attached to the pole at the ankles, waist, chest , and neck. She can barely move. Ashley still doesn’t know what is going on. 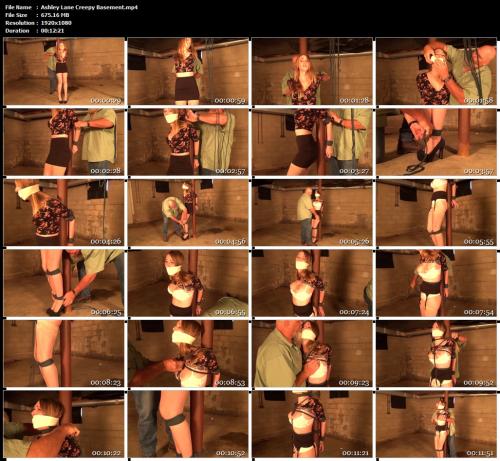 Ashley Lane: On her Tiptoes – Bondage by Ivan Boulder

Rachel Adams: Mine for the night – Bondage by Ivan Boulder